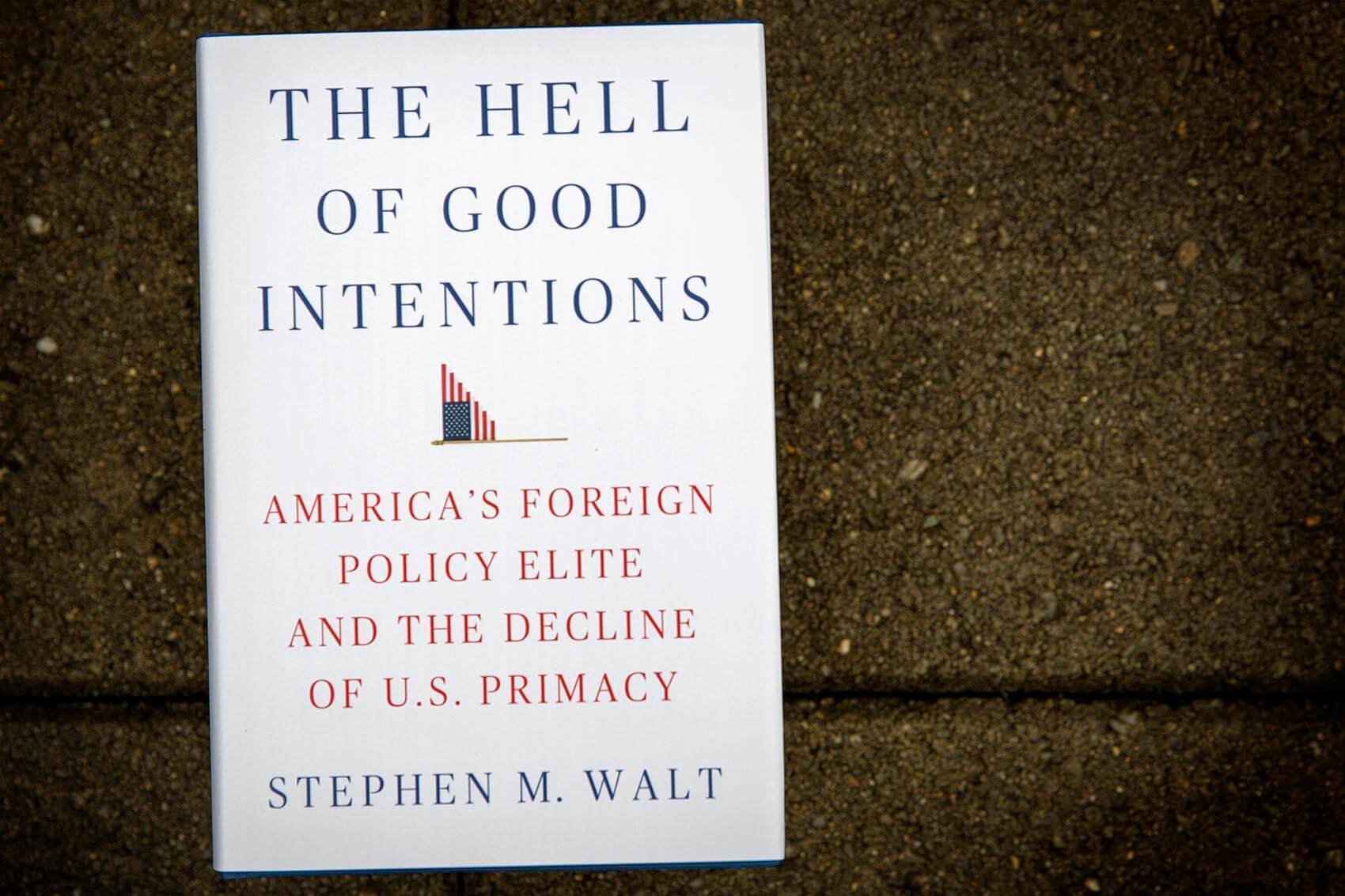 Stephen Walt has been a leading voice from the Realist school of international relations for several decades. I recently read his critique of American foreign policy titled The Hell of Good Intentions. This book zeroes in on a perpetual problem: our need for primacy.

American military hegemony, what he calls liberal hegemony, is not just a fact of the Post-Cold War era. It has been a policy goal akin to a high-maintenance potted plant in need of constant watering.

Of course, by “liberal” Walt doesn’t mean something necessarily synonymous with progressive: “This strategy is liberal, not in the sense of being left-leaning (as in the familiar dichotomy between “liberal” and “conservative”), but because it seeks to use American power to defend and spread the traditional liberal principles of individual freedom, democratic governance, and a market-based economy.”

This requires a lot of effort and resources:

Proponents of liberal hegemony do not believe that liberal orders arise spontaneously or sustain themselves automatically. On the contrary, they believe that such orders require active leadership by powerful countries that are deeply committed to liberal ideals. Not surprisingly, supporters of this strategy believe the United States is uniquely qualified to play that role. In practice, therefore, liberal hegemony rests on two core beliefs: (1) the United States must remain much more powerful than any other country, and (2) it should use its position of primacy to defend, spread, and deepen liberal values around the world.

A more colloquial label for this approach to foreign policy is national security conservatism, but it wasn’t always conservative. It comes from the administration of Woodrow Wilson, a progressive. Republicans defeated his Treaty of Versailles in the Senate. Republicans of the first half of the 20th century opposed increases in defense spending and preferred a more neutral foreign policy.

The candidacies of Barry Goldwater and George McGovern caused the two parties to switch sides on defense policy. This came to full fruition in the 1980 candidacy of Ronald Reagan.

The problem of primacy plagued the Reagan administration. The GOP wanted to cut taxes but also wanted large increases in defense spending. Reagan had to trade off many plans to cut the size and scope of the federal government so he could get his bombers.

There has been a philosophical disconnect there too. A party that seeks freer markets expects a natural order to arise, an invisible hand that leads to greater social good than the active intervention of government can deliver. Yet national security conservatism does not see the same natural order in world affairs. Instead, it calls for an interventionist government abroad, central planning of geopolitics.

Did Donald Trump restore Republican foreign policy to its paleo conservative past? National security conservatism is certainly on the ropes, but Trump pursued a massive defense buildup of his own, wartime spending when we had limited commitments in Afghanistan and Syria. Trump saught token withdrawals but didn’t know how to secure a peace dividend. The future of American primacy is in doubt, but its demise remains uncertain.