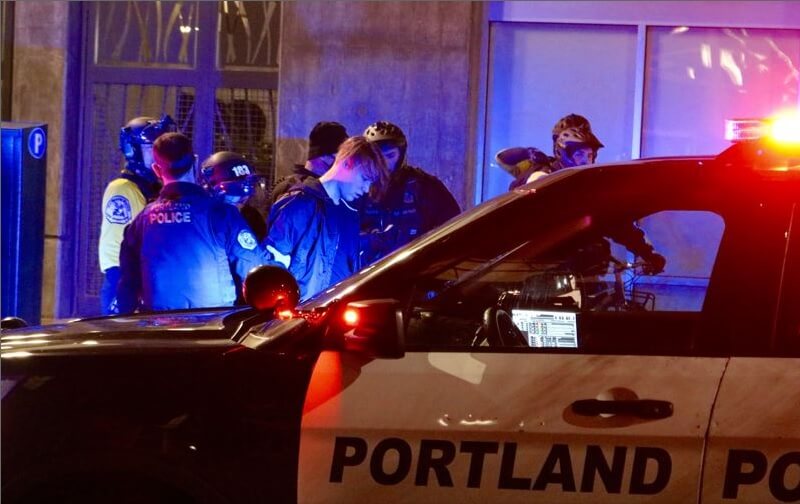 After half a year of riots and looting and assaults and murder, President Trump designated Portland an “Anarchist” city.

Successor, Joe Biden removed that label last week to much fanfare.
Apparently the rioters didn’t get the memo.

Police arrested two of them…once of whom has now been arrested for riot three times.

So, what drives these denizens of destruction?

Hard to say…but based on their graffiti and attacks…last year it was hatred of Donald Trump, American capitalism society in general and of course, “all cops are bastards”.

This weekend’s riot was aimed at Joe Biden, who told the world he plans citizenship for illegals…and SURPRISE, tens of thousands of people have begun crossing our southern border.

That brings thousands of children…some of them being trafficked for sex…and Biden is locking the kids up.

Yes, the “kids in cages” issue. The Obama/Biden administration invented it and used the cages but their media friends kept it quiet.

And the rioters have taken up their cause…and Joe Biden insists this isn’t anarchy.

You could have fooled me