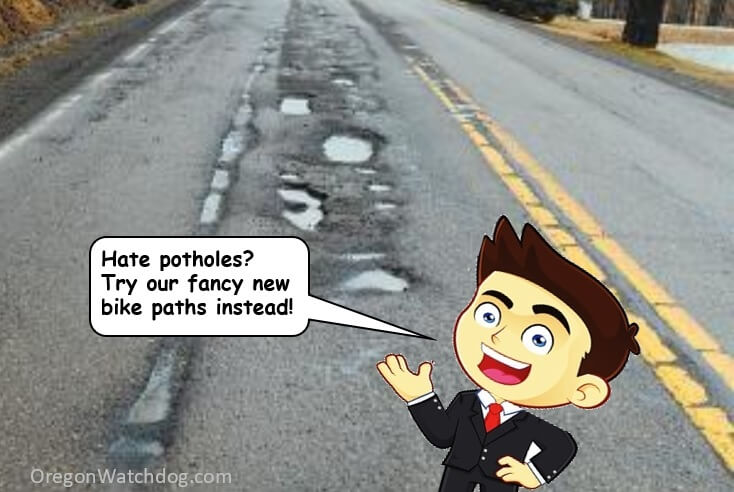 SB 395 would divert Oregon’s gas tax revenue, truck tax revenue and driver’s license revenue to pay for an expense non-driver expense by building more bike paths. It would expand current level of funding dedicated to bike paths from 1% to 5%.   SB 395 is up for a hearing in the Senate Transportation Committee today.

SB 395 reads, “Increases required expenditure on footpaths and bicycle trails from one percent to five percent of amounts received from State Highway Fund.”

Oregon has the nation’s 11th highest gas tax (Tax Foundation, 6/20) and yet we are not building new bridges, not building new bypasses, or adding new long highway lanes along our Interstate.  Instead we are diverting more and more funds to non-road projects.  SB 395 is a bad idea.

What happened to the funds form the 2017 Bike Tax — the only bike tax in the nation?  Where are those bike tax funds?

Oregon has a long history of wasting our transportation dollars…

• $161 million to move 860 people with the wasteful The Westside Express Service train.  It cost $161 million to build but only moves only 860 individual people on average daily. (Cascade Policy Institute, Portland Tribune July 18, 2019.)

These transportation waste examples are a reason why we need to keep gas tax dollars spent for roads and not non-road projects by the people not paying for them.