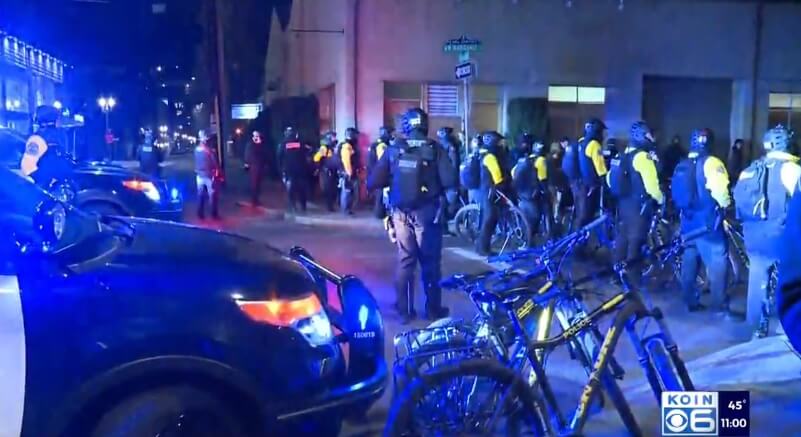 Portland Police used a tactic called Kettling where they used massive force to surround the block area where people were protesting.    As a result close to 100 protesters were trapped and could not escape.  Police then began to escort them out of the trapped area one-by-one to identify them.

The #antifa rioters who are kettled in are being escorted out one-by-one by police. #PortlandRiots pic.twitter.com/yM9gjebACA

Helpless after being stopped in their tracks via an effective @PortlandPolice kettle, #antifa rioters resist being removed and identified. It doesn’t work. #PortlandRiots pic.twitter.com/2iRY3tWtqV

This is a massive set-back for the protesters.