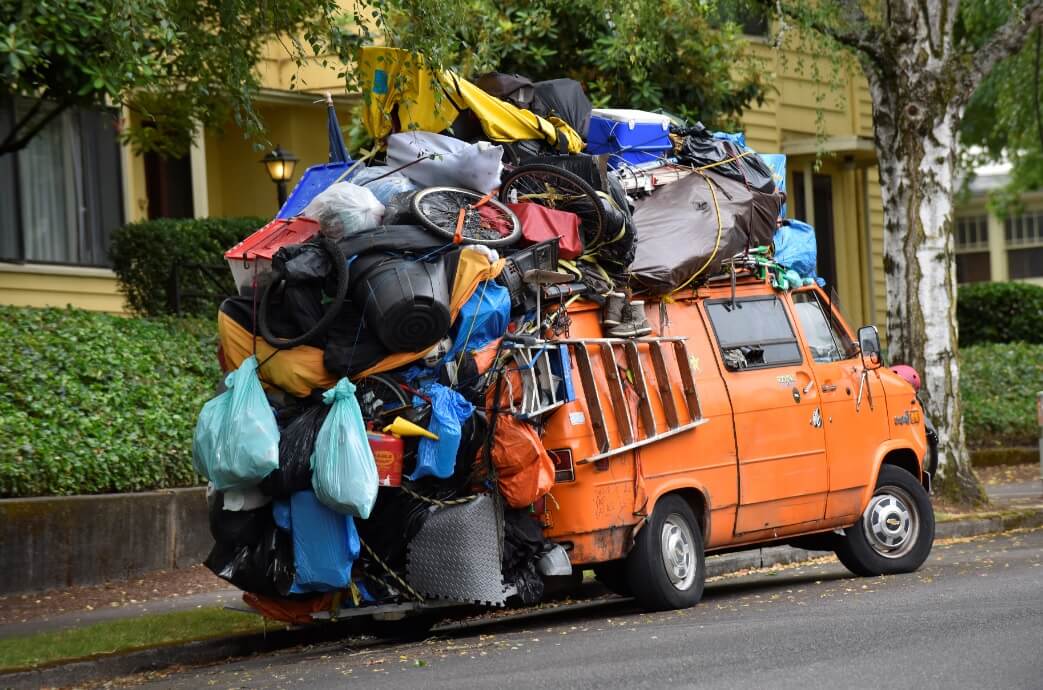 Drive into Portland from any point on the compass: you’re greeted by freeways lined with massive piles of garbage, tent encampments, and ugly graffiti.

Can you imagine someone checking out the once beautiful “Rose City” as a future home for a new company?

Now, City Hall wants to change the zoning rules to give permanent exemptions from city codes for the so-called homeless: a population of drug addicts that grows even as Portland and Multnomah County spend a billion of your tax dollars in the last ten years.

– Concrete campers already break city rules under a so-called “emergency” that has been in place the last five years.

– This makes that permanent. City parks we all paid for turn into semi-permanent encampments.

I can tell you from my personal experience, if you violate city’s codes, enforcers are happy to red tag it, and force you OUT of your own home.

The one you pay all those property taxes on.

Meanwhile, the junkie down the street lives, rent free, in the public park you paid for…where you no longer take your kids, for fear they’ll end up with hepatitis from stepping on a dirty needle.