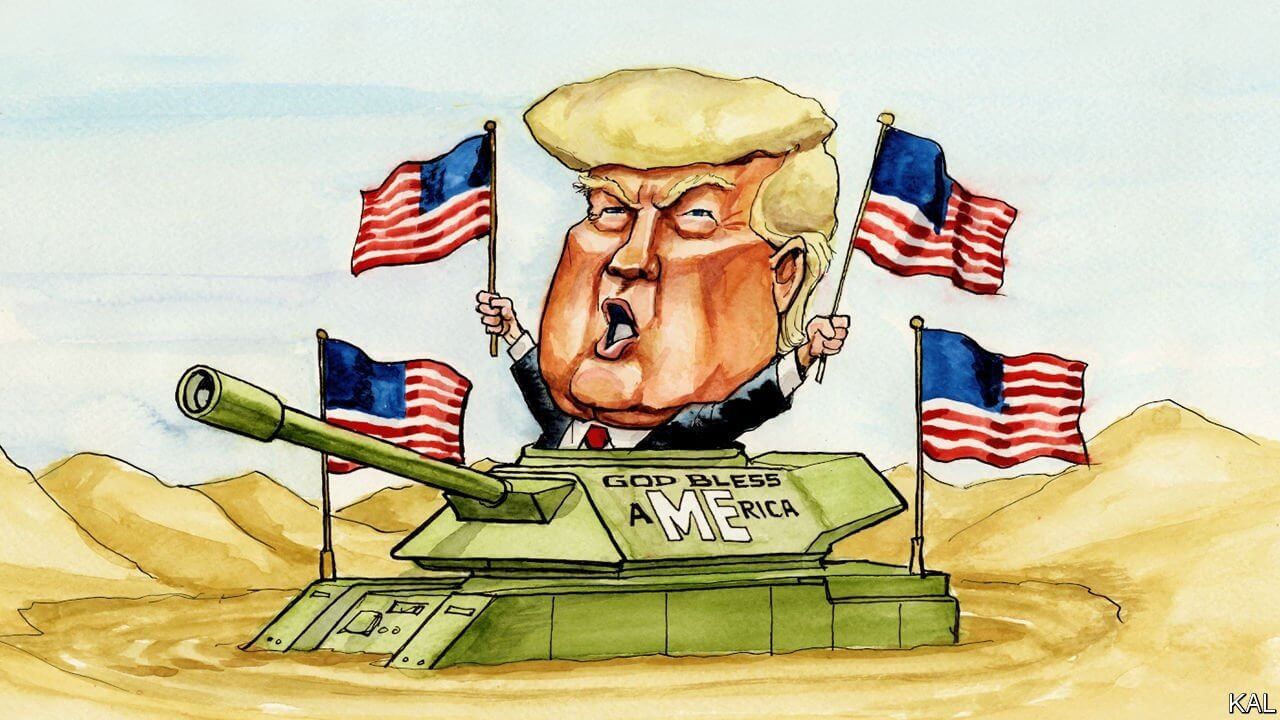 As a candidate in 2016, Donald Trump campaigned against national security conservatism, or what Harvard’s Stephen Walt calls “liberal hegemony.” Like just about everything beyond judicial appointments and the tax code, the 45th president was unable to follow through. In The Hell of Good Intentions, Walt eloquently offers two reasons why.

As president, Trump had a golden opportunity to place U.S. foreign policy on a sounder footing. As shown in chapter 3, there is a persistent gap between the foreign policy community’s views on foreign policy and the views of most Americans. The general public rejects isolationism, but it favors a more restrained grand strategy than most members of the foreign policy community do. In theory, Trump could have built on that base of support, sought out members of the foreign policy community who recognized that the pursuit of liberal hegemony had gone astray, and worked with America’s partners to bring U.S. interests and commitments into better balance without destabilizing key regions. On some issues—such as international trade—Trump could have pressed for the judicious updating of existing institutions and trade arrangements, at the same time preserving an open economic order and defending America’s central position within it. Properly implemented, a carefully managed shift to a more realistic grand strategy would have kept the United States secure and prosperous while freeing up the resources needed to address pressing domestic priorities.

It was not to be. Having promised to “shake the rust off American foreign policy,” Trump’s presidency began with a flurry of unconventional moves that reinforced the skepticism of the foreign policy establishment and united key elements of it against him even more strongly. Global realities and resistance from the foreign policy “Blob” began to rein Trump in, and the opportunity for a positive shift in strategy was lost. A year later, many of the policies Trump inherited were still in place and key elements of liberal hegemony were intact. In the war between Trump and tradition, tradition won most of the initial battles.

Which is not to say that Trump had no impact. Modern presidents enjoy considerable latitude in the conduct of foreign policy, and what they say and how they say it—whether in person or on Twitter—can be as important as what they do. These powers allowed Trump to have a significant effect on U.S. foreign policy and on America’s standing in the world, despite the opposition he faced.

Unfortunately, Trump’s impact has been almost entirely negative. The United States is still pursuing a misguided grand strategy, but the captain of the ship of state is an ill-informed and incompetent skipper lacking accurate charts, an able crew, or a clear destination. The United States is still overcommitted around the world, with its military forces fighting active insurgencies in many countries. It continues to spend far more on national security than any other country does, despite recurring fiscal problems and compelling domestic needs. Long the linchpin of the global economy, its commitment to an open trading order is in serious doubt. Meanwhile, Trump’s erratic, combative, self-indulgent, and decidedly unpresidential behavior has alarmed key allies and created inviting opportunities for America’s rivals. Instead of orchestrating a well-designed move away from liberal hegemony and toward a more sensible strategy, Trump has abandoned hard-won positions of influence for no discernible gains and has cast doubt on whether the United States can be relied upon to carry out a successful foreign policy. Instead of “making America great again,” Trump has accelerated its decline.

As president, Trump ended up embracing the worst features of liberal hegemony—overreliance on military force, disinterest in diplomacy, and a tendency toward unilateralism—while turning his back on its positive aspirations, such as support for human rights and the preservation of an open, rules-based world economy. When combined with his ignorance, chaotic management style, and impulsive decision-making, the result was a steady erosion in America’s global position.

The second reason Trump was unable to dislodge the policy footing of America’s military-industrial complex is more subtle:

Proponents of liberal hegemony also benefit from the enduring power of nationalism, including the reverence accorded the military as the embodiment of patriotic service. In a country where sports events typically begin with the national anthem and feature color guards, tributes to veterans, or awe-inducing flybys by B-2 bombers, advocates of military dominance and global leadership enjoy powerful rhetorical advantages while advocates of restraint risk being seen as favoring a weaker America. No wonder the Defense Department paid at least fifty professional sports teams a total of $10 million to conduct patriotic ceremonies at games as part of a broader campaign to reinforce public support and enhance recruiting. In effect, U.S. taxpayers were paying for a public relations program designed in part to convince them to pay even more.

President Trump embraced this aspect of national security conservatism, the regalia. All presidents do, but Trump took it to another level, asking for military parades that even made the DoD blush in embarrassment.

Walt’s observations help explain why Trump sought increased defense spending which precluded the very economic benefit of reducing the size and scope of America’s military commitment to the world. Getting allies to spend more on their own defense means little if we are going to spend even more anyway. Trump had an opportunity to forge a bipartisan transformation of American defense strategy. For a variety of reasons, he squandered it.