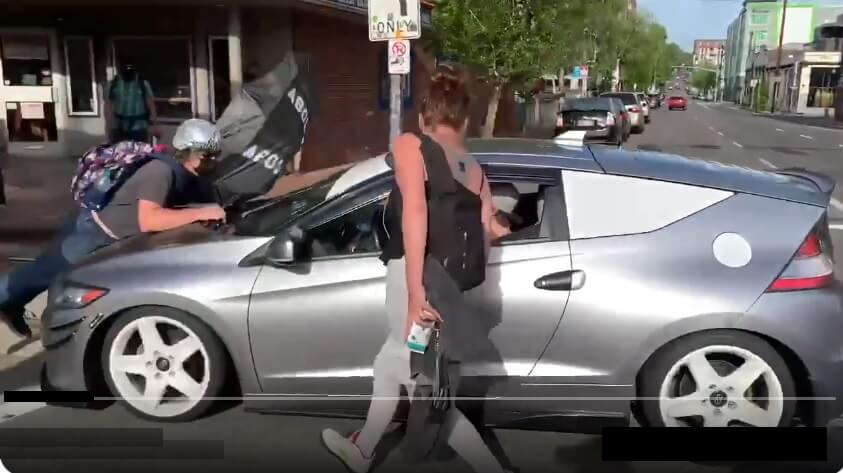 At an #antifa protest today in southeast Portland, they shut down the roads again. Watch as one of them rushes in to punch a driver trying to drive off. #PortlandRiots pic.twitter.com/gu87LVW5Nr