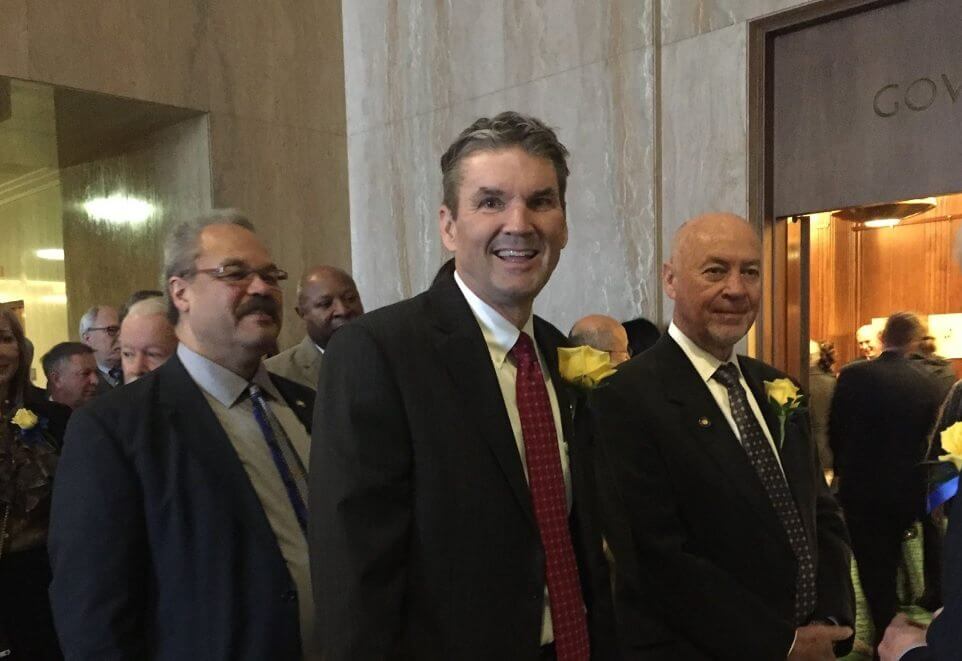 Today Senator Dennis Linthicum and his Republican colleagues attempted to force a vote on SJR 23, legislation to hold the Governor and her political appointees accountable for rules that govern Oregonians.

Contrary to CDC guidelines, Oregon OSHA maintains a permanent mask rule for places of business. Despite Washington and California moving on from the pandemic without vaccine passports, Oregon’s Oregon Health Authority’s vaccine passport scheme threatens the safety of workers and violates all notions of medical privacy.

If approved by voters, SJR 23 would check the Governor’s overreaches by granting Oregonians’ elected representatives the power to repeal rules made by unelected bureaucrats.

“This last year of tyrannical rule by the Governor and her agency appointees exposed the glaring needs for checks and balances,” Senator Dennis Linthicum (R-Klamath Falls), chief sponsor of the legislation, said. “We should have done this a long time ago, and without these protections, future executive branch overreaches are inevitable. Democrats are hiding behind the Governor’s edicts to escape responsibility for tough decisions. It’s pure cowardice for the Democrats to block common-sense measures to defend Oregonians from the Governor’s overreaches. The Legislature needs to reclaim its place as a co-equal branch of government to defend Oregonians’ freedoms.”

SJR 23 would prevent the executive branch from threatening Oregonian’s freedom without any recourse. The voters of Pennsylvania just recently approved two ballot measures aimed at curtailing the Governor’s powers.