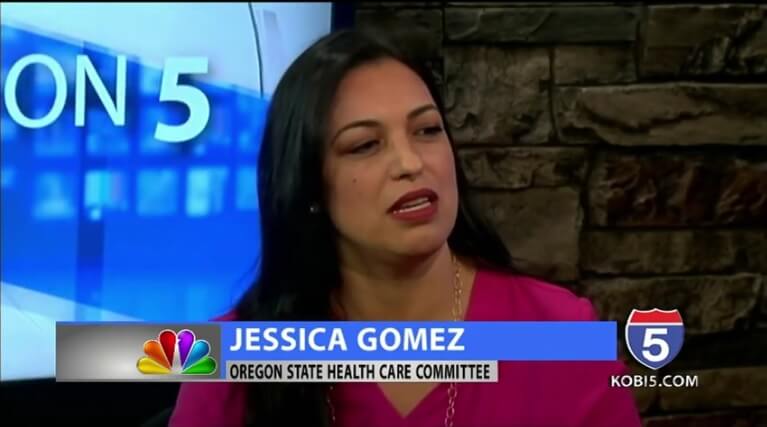 Founder and CEO of Medford’s Rogue Valley Microdevices, Jessica Gomez, has announced her run as a Republican candidate for Governor 2022. Gomez is a former State Senate candidate who ran for the seat currently being held by Senator Jeff Golden. She has also been recognized in a list of “Women of influence” by the Portland Business Journal and 2017 Jackson County/Medford Chamber Member of the Year.

“For far too long, families and businesses across our state have been simply surviving. The journey beyond merely surviving is one I’ve experienced in my own life – as I made my way from homelessness as a teenager to a CEO by age 26. That path from surviving to thriving can be a reality for our whole state as well—and that’s why I’m running for Governor.  As your Governor, I’ll reboot Oregon’s economy by creating the business-friendly environment we need to deliver more jobs and opportunity across our whole state. Relentless taxes and regulations have been holding us back. Strong regional economies are the key to a strong Oregon.

Our state is vast and diverse, and we need a Governor who will represent our entire state. Our metro areas have been plagued by crime and chaos. We need a Governor who is committed to making our cities once again safe places to work, live and raise a family. Rural Oregon deserves leadership that will respect this vital part of our state. Leadership who will fight for improved federal management of our forest lands and who will allocate the necessary resources to strategically prevent wildfires.

And in every corner of our state we need a leader who believes expanding access to high quality education must be a top priority. I know at this very moment, there are thousands of Oregonians on the verge of giving up, believing there is no future for them. I want you to know that I will do everything in my power to help lift them up in the same way I lifted myself up from a homeless teen in Southern Oregon to a successful business owner.