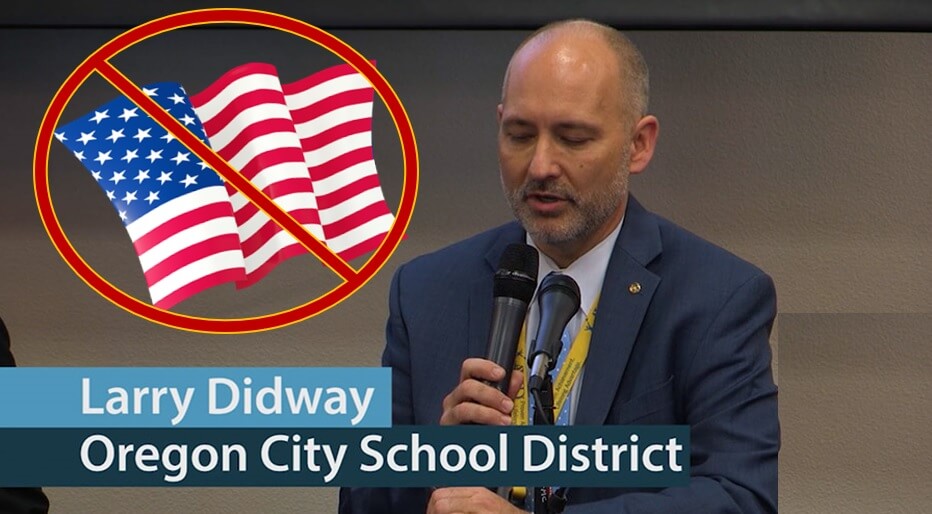 I own more than a few American flags and I love flying them.

So imagine my surprise to find that some educators now teach your kids that waving the flag is a sign of white supremacy.

Just over a week ago, proud conservatives of all skin colors, sexual preference and national origin gathered near Oregon City to display “Old Glory”.

Quote “We are angered by and strongly oppose the display of white supremacy groups in Oregon City on the last two Friday afternoons. The Oregon City School District does not tolerate or approve of these acts of intimidation”.

Didway hasn’t returned my phone calls. I’ve invited this six figure public employee to come on and describe why he sees “white supremacy” in the Star Spangled Banner.

Of course, if he comes on, I might ask him about Critical Race Theory so many schools have adopted…with teachers evaluating kids based ON color and not the content of their character.

When parents hear their kids taught that patriotism is white supremacy and skin tone determines your status…my suggestion is you should grab your kids by the hand…and head for the exits.