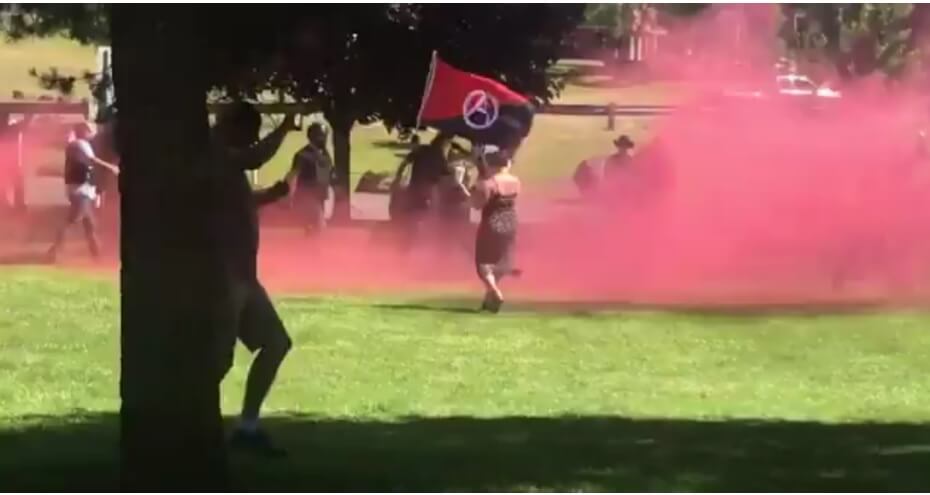 What began as a flag waving event and a pre-reserved gathering of Clackamette Park by the Proud Boys turned into a counter protest by Antifa and all-out fight and exchange of mace.

Zane Sparling of the Portland Tribune captured the event:

The clash was an escalation of a previous encounter between the two groups days ago when anarchists tried to protest a flag waving gathering by the similar group.