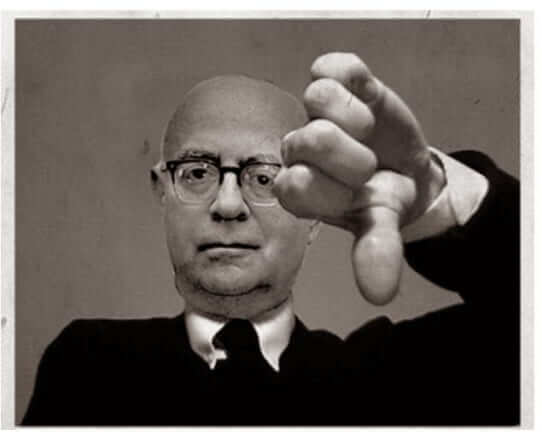 Last week I explained how Antonio Gramsci got Marxists focused on culture, but he didn’t coin the term critical theory. Max Horkheimer did and explained it in his 1937 book Traditional and Critical Theory.

While Gramsci was an orthodox Marxist, Horkheimer was heterodox. Horkheimer founded the Frankfurt School which created and developed Critical Theory by fusing together the ideas of Karl Marx and Sigmund Freud.

This gave us Western Marxism. While eastern Europe lived under an application of the positivist approach of Das Kapital and Marx’s later writing, Marxism in the western world gravitated to the ideas of a younger Marx, a philosophical Marx thinking about alienation, not a social scientist Marx thinking about the deterministic laws of economics and history. Western Marxism didn’t spring forth from the union hall or the battlefield. It emerged from the university, where it resides today, comfortably ensconced in humanities departments.

This new direction was set in motion in 1930 when Horkheimer, a recently promoted professor of philosophy at the University of Frankfurt in Germany was offered a position as director of the Institut für Sozialforschung. Traditional and Critical Theory was written like a program description, explaining the methodology and scope of his institution’s research.

Horkheimer delineated his prescribed differences between traditional and critical theories. Traditional theory may be appropriate for the natural sciences. Its primary criterion is the creation of harmony among facts: all of the constituent parts form a coherent whole, free of contradiction. Traditional theory is expressed through abstractions designed to accomplish the specific tasks set up for it. Horkheimer gave an example from mechanical engineering. Making a machine run more efficiently uses abstract mathematical concepts.

That may be appropriate for mechanical engineering, Horkheimer argued, but not social science. Applying traditional theory to make society run more efficiently lacks conceptual neutrality. Social scientific abstractions are actually a derivation of the society to which a scholar belongs. Horkheimer contended a positivist or pragmatist may claim to “pay most attention to the connections between theoretical work and the social life-process,” but, in reality, they “integrate facts into conceptual frameworks to keep the [social division of labor] up to date so that he himself and all who use them may be masters of the widest possible range of facts.” Horkheimer believed traditional theory is an explanation of the status quo designed to increase the productivity and functioning of the world as it presently exists.

Following from his emphasis on individual reasoning and rejection of abstract categories, the subject of critical theory is necessarily a “definite individual in his real relation to other individuals and groups, in his conflict with a particular class, and, finally in the resultant web of relationships with the social totality and with nature.” This subject is necessarily historical. Horkheimer stressed the social context of the reasoning subject, such that the subject should seek to align his thought with “a critical, promotive factor in the development of the masses.” Horkheimer then believed the job of the theorist is to formulate a critique both against defenders of the status quo and the “distracting, conformist, or utopian tendencies within his own household.”

Since Horkheimer’s original conception of critical theory used different criteria than traditional theory, he thought it may appear arbitrarily subjective: “critical theory has no material accomplishments to show for itself” he noted. However, since it deals with the actual, present condition of mankind, critical theory starts with the exchange economy. To that end Horkheimer believed, it retains “a single existential judgment” where “the basic form of the historically given commodity economy on which modern history rests contains in itself the internal and external tensions of the modern era; it generates these tensions over and over again in an increasingly heightened form; and after a period of progress… it finally hinders further development and drives humanity into a new barbarism.” This quote shows how Horkheimer departs from the positivist Marxist expectation that history progresses. Instead, his post-Marxist methodology maintains the negative dialectic, such that there is no utopian, teleological end-point to history.

That doesn’t mean Horkheimer was entirely nihilistic. He just rejected Marxist determinism. Horkheimer believed critical theory offered the possibility of improving social relations, but success was not guaranteed. Concern for social justice is critical theory’s raison d’être, and, as such, it can only be called affirmative in the sense that “the future of humanity depends on the existence today of the critical attitude.” Critical Race Theory (CRT), as the name somewhat implies, also depended on the critical attitude Horkheimer created, an intellectual orientation toward changing the word rather than just understanding and interpreting it, in line with Marx’s eleventh thesis on Ludwig Feuerbach: “Die Philosophen haben die Welt nur verschieden interpretiert; es kommt aber darauf an, sie zu verändern” the English translation of which is engraved on Marx’s tomb as: “The philosophers have only interpreted the world in various ways. The point however is to change it.”

CRT follows in the footsteps of several dead white males of the Western intellectual tradition, Marx and Horkheimer among them. Horkheimer said the point of Critical Theory is “to liberate human beings from the circumstances that enslave them.” Slavery has not existed in this country for a very long time, but CRT seeks to liberate people from a more imaginative conception of bondage.

Like the pangolin serving as a transitional host of SARS COV 2 from bats to humans, Horkheimer transitioned radical ideology from Marxism to hipsterism, from the proletariat to the privileged scions of America’s upper class at elite universities. The path of this transition was through the Frankfurt School, which I will describe in more detail next week.