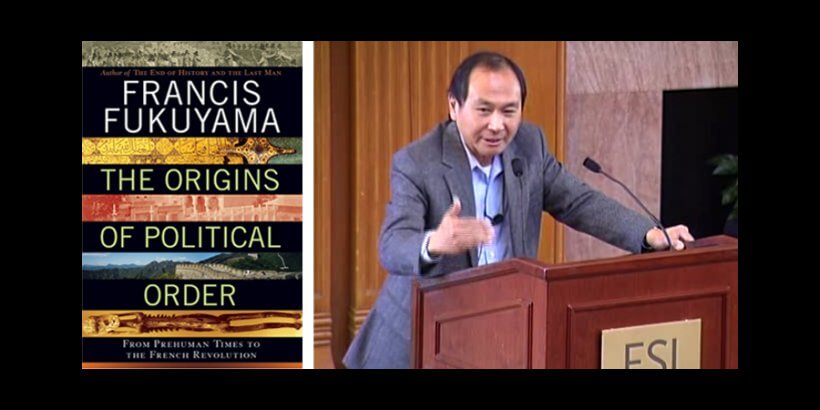 Today, social scientists make a distinction that the fathers of modern political thought did not: positive vs. normative. Positive research simply tries to understand what human beings do. It posits hypotheses that are either confirmed or falsified by empirical observation. In contrast, normative political thought places a value judgment on social behavior.

The most authoritative summary of our modern understanding of how the state emerged is found in Francis Fukuyama’s The Origins of Political Order. Fukuyama points out that humanity has never lived as isolated individuals. There was no point in history where we gave up our natural liberty to form the state. Men were political animals from the beginning. Ideas of liberty and equality emerged later.

This positive social contract theory of contemporary social science does not necessarily negate the normative ideas of the 17th and 18th Centuries. With the exception of all the various specific myths of the origins of humanity, the overall conservative understanding of human nature seems to be confirmed best by the archaeological record. This helps explain why human political arrangements changed so little for so long.

If around two millennia after his assassination, Julius Caesar were to have dinner with George Washington at Mt. Vernon, he would feel right at home. Caesar would be transported to Washington’s residence by wind and horse powered transportation. Their dinner would be served by slaves, and they would have lots to talk about. Social status was determined by birth. No matter how much money the small commercial interests of the cities made, they could never buy the prestige of owning an old plantation. Making one’s living from the soil was surpassed in status only by one other means of achievement – to prove one’s honor on the battlefield.

Were George Washington to have dinner with his 24th successor, William McKinley, at the Republican’s inauguration on March 4, 1897, America’s first commander-in-chief would be completely lost. By then, steam-powered transportation had reduced the world’s size. Slavery was illegal. Lowly-born immigrants accumulated prestigious social status after building large industrial companies. Warfare had become seen in late 19th Century American eyes as the silly preoccupation of the old world.

There is something about modernity that has made new conceptions of social order possible, making the historical social contract somewhat irrelevant. The Enlightenment-era philosophers’ social contract theory then remains relevant today, not as a true description of our past, but as a thought experiment to explore the implications of normative assertions of justice. The modern world is so fundamentally different than the ancient origins of human politics that the positive social contract provides few lessons for how we should live today.