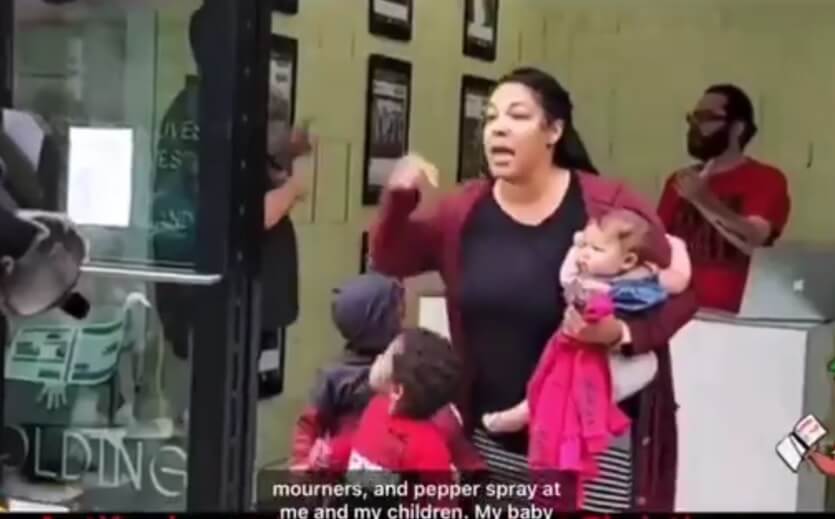 The Portland leftist group, Don’t Shoot PDX, was holding a press conference when a black woman and her children came out to denounce the attack she faced this month when Antifa-anarchists attacked her outdoor worship event at Portland’s Waterfront Park. She explains, as had others at the time, that the anarchists not only tore down their music equipment but also lobbed fireworks at children who were present.

The woman can be heard talking about her own children being attacked at the event and questioning why DON’T SHOOT PDX and the media who were present are ignoring her story by focusing only on Right-groups while her victimization.  She complained that she finds it ironic that she was a black woman being attacked by white men in masks (anarchists) and no one is reporting on it.  Below is her statement via Andy Ngo:

“If black lives matter, you better back up!”

Here is an photo of when the Christian worship event was maced by the anarchists followed by a photo of them pulling down and destroying sound equipment. 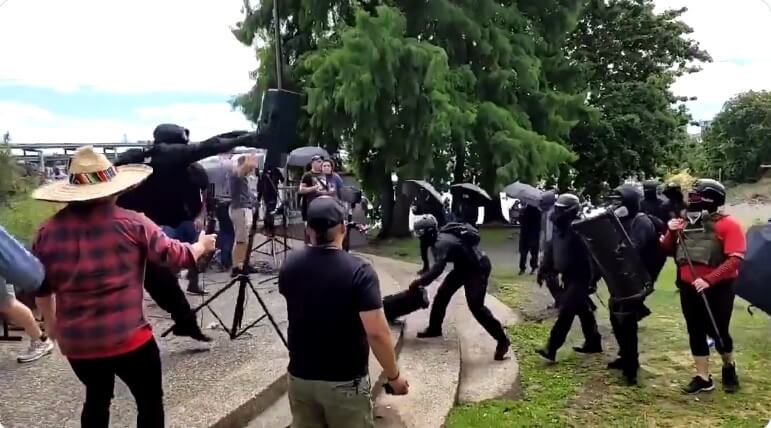