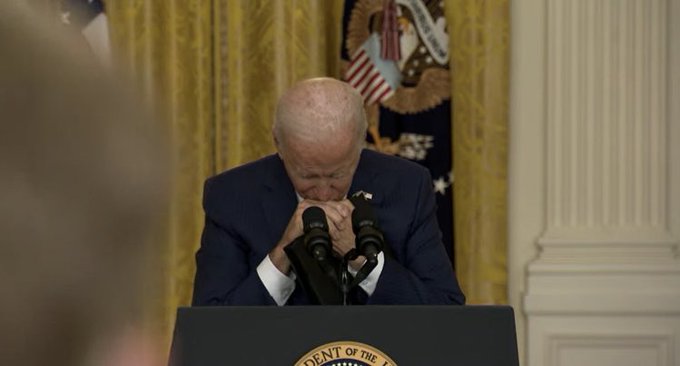 National security is a policy issue that tends to lack ideological grounding. It is highly partisan only because cold water is poured on the other party’s success and blame gets magnified for the other party’s misfortune. Foreign policy becomes a casino for political popularity rather than a principled field for statesmanship.

This best explains the remarkable elasticity in national security conservatism in today’s Republican Party. The only Afghanistan policy difference between Trump and Biden is that Trump wanted to retreat in May.

The elasticity on the Democratic side is in play too. Democrats were the hawkish party in the Trump years. The Biden administration extended the U.S. withdrawal to August to contemplate reversing it entirely. Biden’s preference for a full retreat prevailed.

That the President got his way is downright Trumplike. Biden went into this thinking he knows better than the generals. Biden was as distrustful of the Pentagon as his predecessor, believing that Obama got rolled by the officer corps back in 2009. When failure reared its ugly head, Biden has blamed everyone but himself. In the most Trumplike fashion, Biden has repeatedly made claims that are demonstrably false. Perhaps most refreshing for conservatives, the mainstream media is giving Biden the Trump treatment, calling his falshoods out.

Mindless partisans know what to do. Pile on.

I say a missed opportunity for scoring political points is better than a missed opportunity for policy principle. If Trump were reelected and we withdrew in May, thousands of Americans, from missionaries to aid workers, would have found themselves trapped in Afghanistan as soon as the snow melted. Trump would have had even less ability to execute an evacuation. He would have defended himself by saying any withdraw from Afghanistan was bound to be messy, and Trump would have been right.

Trump and Biden’s mutual desire to withdraw from Afghanistan springs from the perception that occupying that land is not in our national security interest. I agree. At some point, the bandaid of U.S. aid needed to be removed. It was always going to hurt.

The national security conservative argument against this is that for a relative bargain, the status quo that has been in place since 2014, a few thousand troop presence in Afghanistan operating in a supporting role could have prevented a Taliban victory, a global jihadist propaganda coup, and a dent in America’s reputation for resolve. That may be true, but it might also be true that the Afghan government could have collapsed anyway, with a larger American presence, which would have merely meant more Americans would need to be rescued.

Or, to prevent that collapse, a troop surge would be required. In the past couple of years, the corrupt government in Kabul was creating that fork in the road. We were increasingly faced with choosing between a Taliban victory or blowing another trillion dollars. For all the chaos we see, it’s not obvious to me that these costs are greater than the costs of keeping the Taliban at bay for another couple of decades.

The notion that we now face another 9/11 type attack can be greatly exaggerated. Today’s Taliban are not necessarily the same Taliban as in the 1990s. Sure, they will likely govern in a socially conservative manner that is barbaric to Western taste but congruent with Afghanistan’s political culture. Will they allow foreign terrorist organizations to operate freely in their territory though? Steve Coll, the dean of the Columbia School of Journalism focused his book Directorate S on some important documents found in the intel cache scooped up at Osama Bin Laden’s Abbottabad compound that suggest otherwise:

In the documents seized at Abbottabad they soon found evidence that around 2010, Tayeb Agha had traveled from Quetta to deliver a message in person to Bin Laden from the Taliban leadership. Essentially, the message was “If we—when we—return to power in Afghanistan, all things being equal, it would be a good idea if you did not come with us, and if you do come, you will have to maintain a very low profile.”

Even if the Taliban were to host foreign terrorist organizations again, that doesn’t necessarily mean Afghanistan will provide a safe sanctuary. Abbottabad was in Pakistan, a much more difficult place to strike than Afghanistan. Before 9/11, the United States had sufficient intel on Al Qaeda’s Tarnak Farms headquarters to decapitate the organization. The Clinton administration chose not to because of the high collateral damage risks due to these fighters being surrounded by their families. That risk calculus has changed, but the need to occupy a country to strike at a terrorist base camp within its borders was never necessary.

It would be a mistake for the GOP to revert back to the strategic thinking of the George W. Bush administration, just to have the pleasure of kicking Joe Biden when he’s down. Now is the time for a bipartisan realization that it was a mistake to occupy and attempt to socially engineer Afghanistan in the first place.