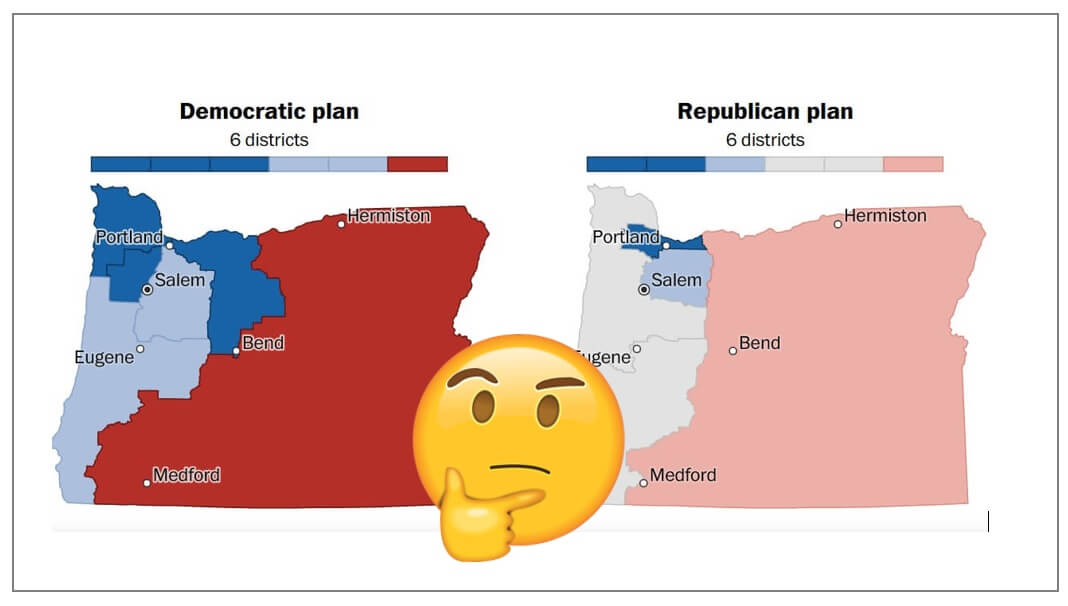 Both the Washington Post and The Hill report on the lopsided nature of the maps proposed by Oregon Legislative Democrats.

The Washington Post used their own analysis to show how imbalanced it was:

Oregon’s proposed Congressional Redistricting plan hit the national stage as reported in The Hill, a Washington DC news organization. Correspondent Reid Wilson noted that “A leading proposal to redraw Oregon’s congressional district lines boiled over into partisan acrimony as Democrats aim to force through a new map that would virtually lock in control of five of the state’s six seats in the U.S. House of Representatives for the next decade.” 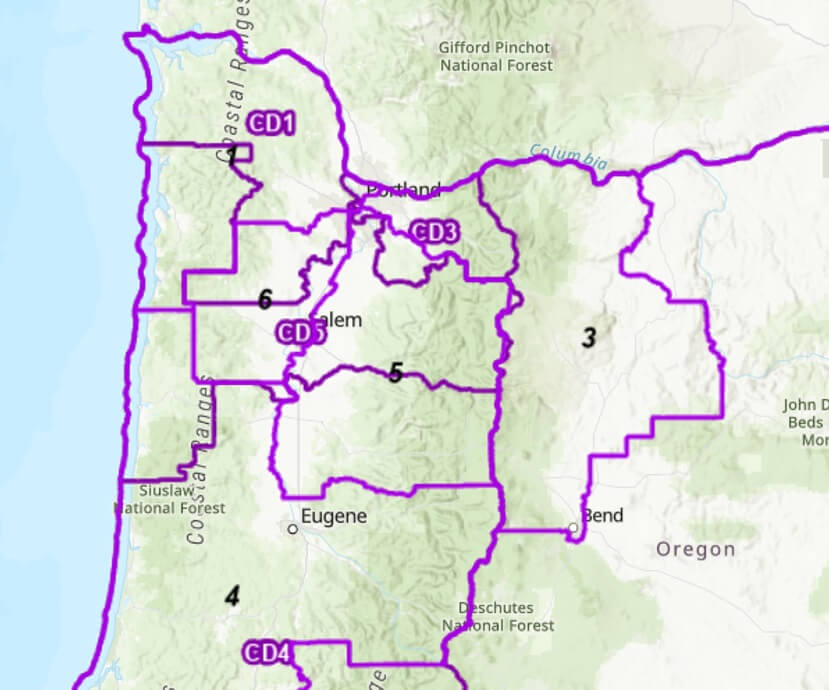 Wilson highlighted how the proposal extends the reach of the heavily Democratic Portland area out to the Coast, South along I-5, and east across the Cascades; Peter DeFazio (D-CD4) has his district transformed into a Democrat stronghold. Oregon’s new sixth district links liberal areas of Southern Portland with the Willamette Valley and down around Salem. House Speaker Tina Kotek, after creating two new committees to pass the measures, believes the maps will withstand challenge. But House Republican Leader Christine Drazan stated the absurdity and hypocrisy in the statements by Kotek and other House Democrats. The House, after pausing for a Covid outbreak at the Capitol, is scheduled to reconvene Saturday, September 25.