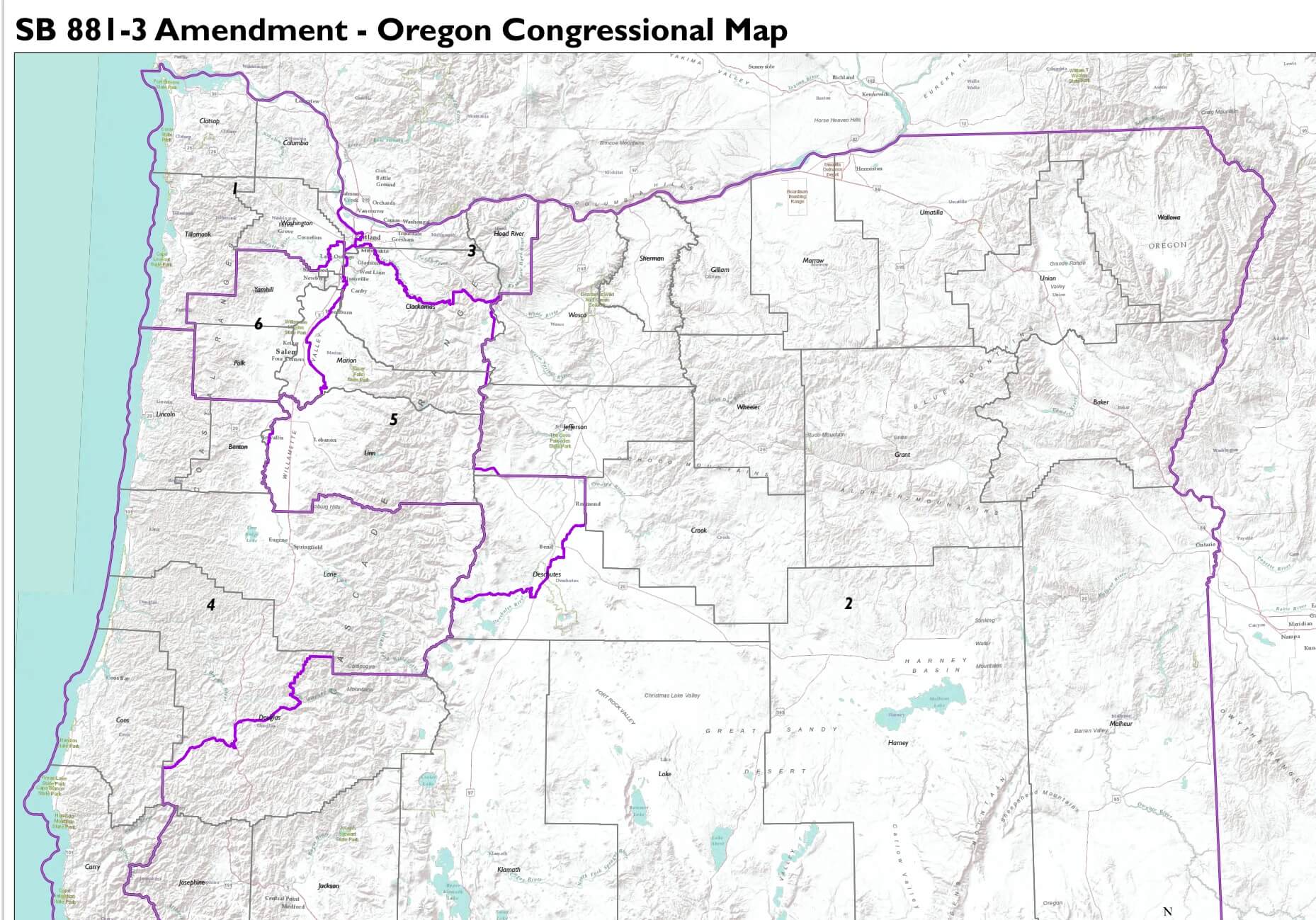 With a matter of hours before the deadline, House Democrat leadership has proposed a new compromise redistricting map after their previous map was widely criticized as too partisan.  Lawmakers are conveneing today at 1:00 to debate the proposal.

The main feature of the Congressional map is to make the 5th Congressional District in Salem area merge with parts of the Bend region as seen above.  See more maps here

Republican lawmakers have threatened to walk out over unfair treatment during the redistricting process.

Things are developing fast.  We will keep you updated.