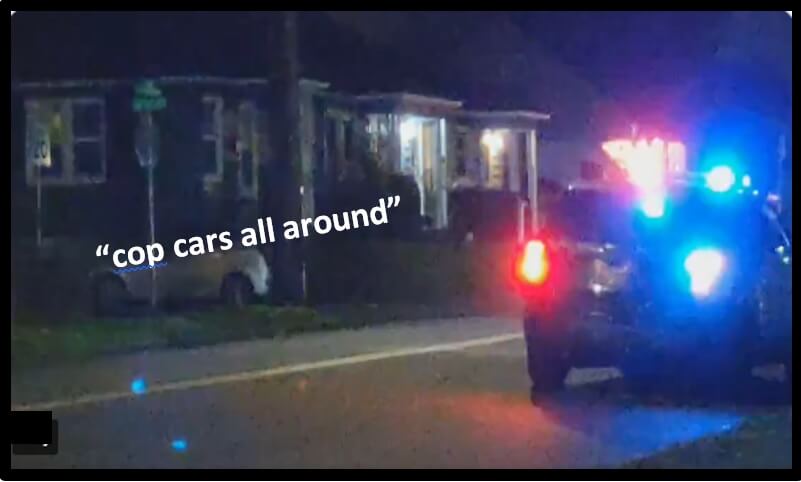 After anarchists rioted to much national attention at the Portland police headquarters last Friday, they decided to call for a planned repeat on Monday night at Alberta Park in North Portland.

A Taxpayers Association of Oregon observer noticed that Portland Police were ready with a massive presence surrounding Alberta Park.  Police vehicles; patrol cars, SUVs and motorcycles were everywhere and circling the park on an almost 5 minute basis.   Police were actively pulling over cars for traffic violations.   Police were tracking license plates of people in their parked cars.  It was a total swarm presence.

This greatly alarmed the anarchists who Tweeted out alerts in real time to warn planned rioters about the police.  One Tweeted “There’s bacon surrounding the brunch” while others gave specific locations on where the police were to avoid them.  The photo above from last night is from a local anarchist called All Cops Are Bastards who Tweeted  “cops are all around” as part of their warning.

In the end, masked anarchists could be seen walking away from the park as the rally fell apart.   Some anarchists bitterly complained online about people leaving.  As a result, no buildings were vandalized, no streets were taken over by masked men, no arson and no death threats were scrawled (as in the usual riot).   Anarchists cannot stand the sight of police or be seeing by them.  A successful riot needs to have no police presence anywhere to be successful.

One person, Kat Mahoney, Tweeted that the police “are violating their constitutional rights”.  Interestingly, the anarchists complaining about violation of constitutional rights also (in a nearby park) once called our U.S. Constitution a fascist document.   Anarchists may say that our Constitution is fascist EXCEPT for its free speech clause, but then why do they tear down everybody else’s free speech rights when they beat, stab and hospitalize journalists?   A KATU-TV reporter was just attacked at the Friday Anti-Rittenhosue riot.   Shouldn’t free speech belong to everybody?

This night, Portland Police were pro-active and visible and it spared the neighborhood from violence.

Here was the planned event notice: 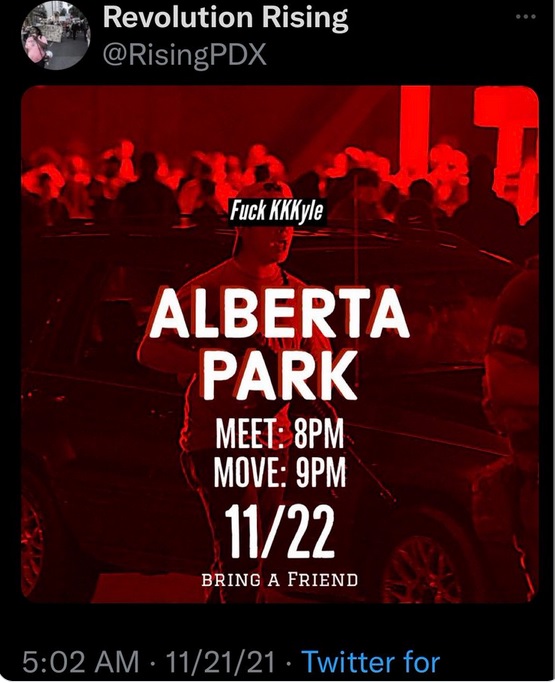