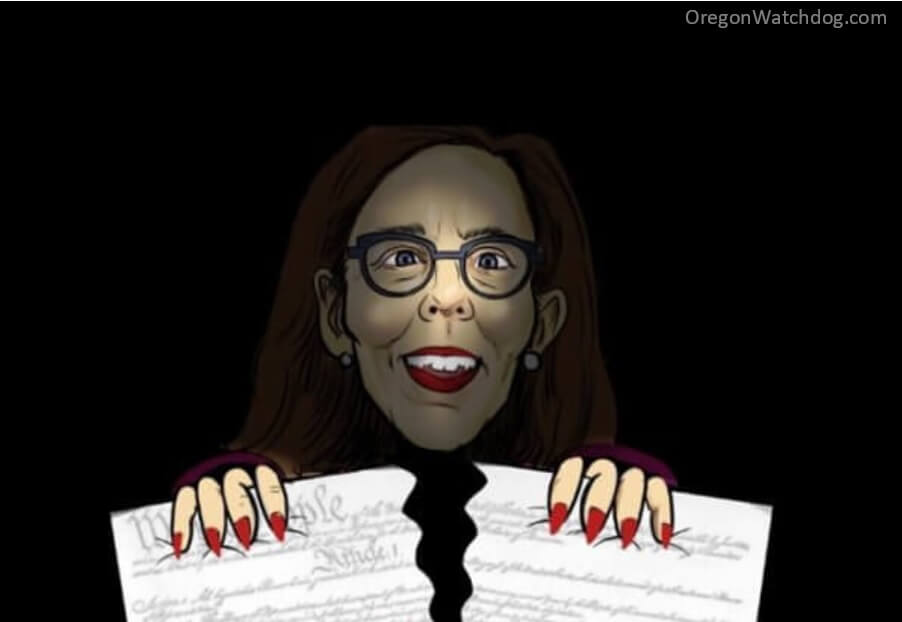 Twice the Oregon legislature failed to pass a Carbon Tax in 2019 and 2020, so Governor Brown made a pledge to pass a version on her own by using her Executive Power of Governor.

• No public hearing was held.

• No vote of the people’s elected lawmakers was held.

•  No vote of the public was given or offered

“…set targets of a 45% reduction in emissions by 2035 and an 80% reduction by 2050, in keeping with the metrics outlined in Brown’s executive order, but the final version raises those targets to 50% by 2035 and 90% by 2050.The plan primarily impacts three types of businesses: liquid fuel suppliers, natural gas utilities and “stationary” emitters, meaning companies that produce significant emissions as a byproduct of their fabrication processes such as steel mills, cement makers and semiconductor manufacturers. DEQ’s report estimated that 61 large businesses — meaning companies with at least 50 employees — would be directly affected by the rules, either immediately or at some point in the next 30 years as the emission limit tightens. The report includes a list of 32 companies that could be impacted beginning immediately in 2022, including Northwest Natural Gas, several vehicle gas suppliers, the Ash Grove Cement Company and Intel’s Aloha and Ronler campuses. Rather than charging businesses for each metric ton of carbon emitted, DEQ would issue free “compliance instruments,” each of which would essentially be a permit to emit one metric ton of greenhouse gas. The annual number of available instruments will decrease over time, but companies can trade unused compliance instruments or bank them for future years.”

This process is undemocratic and will lead to higher energy prices, all without a vote of the people or the people’s elected Legislature.