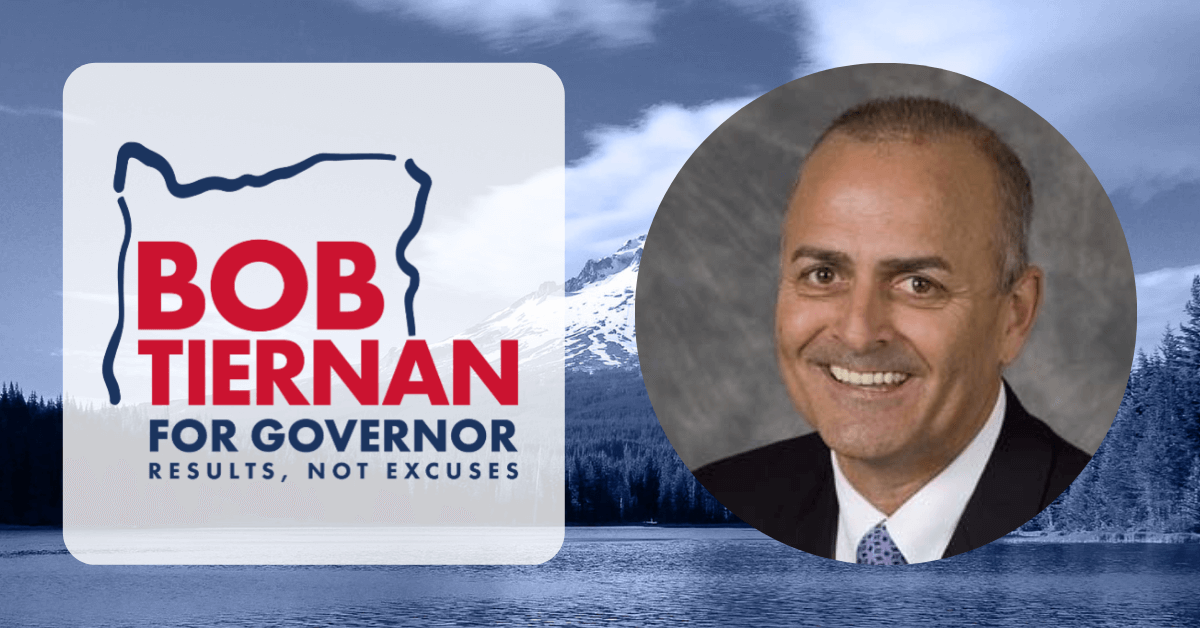 Note: Oregon Catalyst broke the story that Tiernan would be a candiate for governor.

Lake Oswego — “Oregon needs a Governor who has a proven track record and the tenacity to get the job done. Our kids and grandkids deserve a leader who will get results. They certainly deserve a better Oregon,” said Bob Tiernan, as he kicked off his campaign for the Republican primary election for state’s highest office.

Joined by family and friends, the business consultant and former state legislator launched the campaign from a grassy right-of-way at the end of the Ross Island Bridge in southwest Portland near a homeless encampment.

The 66-year old Tiernan explained, “We want safe communities, and parks for children to play in without heaps of trash, hazardous waste, or homeless campers in our streets, right of ways and neighborhoods,” he added. “We want schools where parents have more of a voice in what’s going on, teachers feel supported and students are succeeding.”

Over the past five decades, Tiernan has raised a family in Oregon, managed several large businesses including one of Oregon’s largest grocery store chains. He served his country with honor for nearly 30-years, retiring as a US Navy Commander and also spent many years in the Oregon Legislature helping constituents and working on important public policies. Members of his party elected him to be Chairman from 2009-2011.

In addition, Tiernan successfully passed several statewide ballot measures. “I stepped up to be Chief petitioner of Measure 11 to crack down on violent crime in Oregon and it worked for a long time. But just look at what’s happening now,” said Tiernan. “We can work on results to these and Oregon’s other big problems together. “

To demonstrate he is serious about his campaign, Tiernan announced he’s depositing more than $1 million in contributions to kick things off.