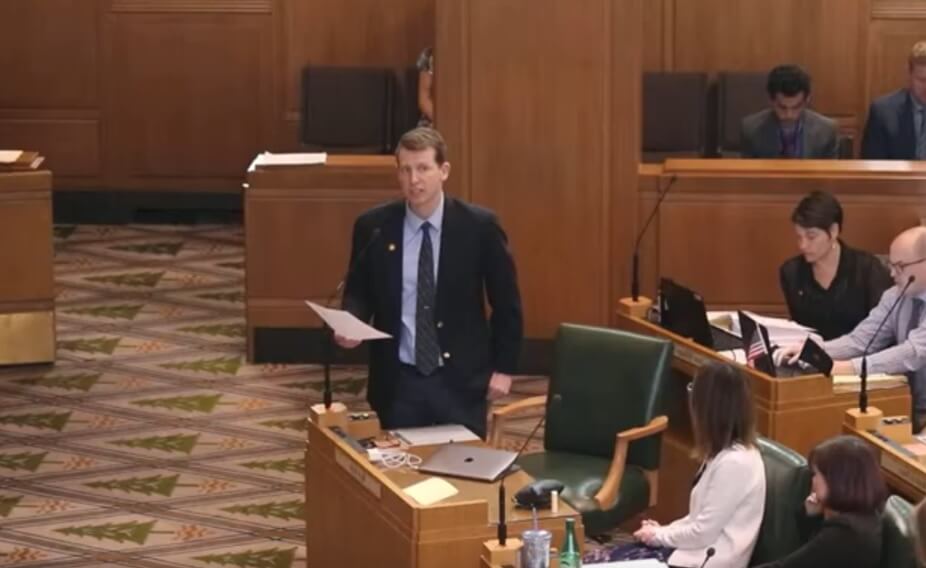 In the past few months, a handful of Democrat office holders have gone public with their protest against their own political party for what they see as the abuses of one party rule in Oregon.

This week, Democrat Oregon state Representative Marty Wilde has left the Democrat House Caucus because of how the caucus was hiding things from the public and how decision making power was made behind closed doors. Representative Wilde explains in a very bold and eye-popping letter in the Oregonian:

He said his Party overrode the duty of the people:

“I could not continue to participate in a caucus that had stopped acting democratically. We had failed to set a positive example of transparency and engagement and stopped supporting laws that returned power to the people we represent. Instead, we let our partisan desire to maintain power override our duty to the people….”

They kept the public in the dark:

“Since I joined the caucus in 2019 as a freshman legislator, it has become less and less democratic. My fellow Democratic lawmakers and I met privately each day during the legislative session. We debated proposals like the Student Success Act and public pension reform, and we did not even inform the public about the topics of our discussions and preemptive decisions.”

It was extreme partisanship:

“Over time, we even stopped debating the issues, as caucuses became a forum for leadership to give orders to ensure the Democratic agenda prevailed over the Republicans’ agenda, regardless of whether it was in the public interest.”

Driven by a few people in secret:

“…worst of all, leadership positions were filled based on success in fundraising, not merit or expertise. The House Democratic leaders even stopped telling the caucus members about their discussions. In effect, the content and direction of legislation for all of Oregon was decided by a group of 10 or fewer people picked by their ability to raise money, in secret.”

Rep. Wilde was not alone.

Oregon State Representative Brad Witt, broke with his Democrat caucus when it came time for the hyper-partisan redistricting vote. Redistricting is where politicians get to set the boundaries of their political districts.  The recent 2021 redistricting plan was sharply criticized by local and national media for being too partisan where it made it easier for one political party to seek re-election but hindered the other.

A third Democrat lawmaker, Betsy Johnson recently announced that she is leaving the Democrat Party and is switching her registration to Independent in order to make a run for Governor.  Like Rep. Wilde, she too explains that modern lawmaking has become too partisan, too one-sided and too remote from the people.