Never, never, never in nearly 100 years has there been so much upheaval and political disruption in an upcoming Oregon election.   The chaos and vulnerabilities are causing utter panic among the political class.

• Triple shock announcement: This week, three incumbent Democrat lawmakers (Rep. Karin Power,  Rep. Rachel Prusak, Rep. Anna Williams) made a shocking surprise announcement that they would not seek re-election as a protest for the Legislature not approving a near-double in salary increases.   They made this announcement one week before the filing deadline (March 8th) which is sending both Democrat and Republican parties scrambling to find candidates.

• Big defections: Democrat State Representative Marty Wilde made a high profile defection from his Party Caucus when he wrote an Oregonian op-ed exposing corruption of power in the Legislature and attacking them for consolidating power in the hands of a few lawmakers who were afforded to make all the key decisions behind closed doors.   Then Democrat State Senator Betsy Johnson declared that she was de-listing as a Democrat and registering as an Independent in her run for Oregon Governor for which she has raised more money than nearly all the candidates, Democrat and Republican, combined.

• Record breaking vulnerability:  Nearly 20% of existing sitting lawmakers are replacement lawmakers who replaced lawmakers who left early due to retirement, leaving the state or scandal.   That means many lawmakers have been in their seats for only a matter of months.  Because they did not campaign in the district they are mostly unknown to their voters.  This makes the current Legislature the most vulnerable pool of incumbent lawmakers in modern Oregon history.

• For the first time 40 years Oregon is getting a new Congressional seat which has changed and disrupted the normally sleepy existing Congressional seats.  It also means Oregon will be the center of a national influx of national attention, money and voter mobilization for that high stakes new seat.   This wave will impact all the lower candidate races in unknown ways.

• Due to late redistricting (which is done very 10 years), the political district boundaries have dramatically changed.   The sitting class of lawmakers are facing an entirely new population of voters for the very first time.   This perfect storm of six factors (mentioned above) makes the current list of sitting lawmakers the most vulnerable class of lawmakers in a generation.

• Biden has the fastest approval rating drop of any President.

• Gov. Brown was rated as the most unpopular Governor of all 50 states.  This means Oregon may witness some of the biggest shake-ups in America.

• Most landslide elections with massive voter swings have occurred in economic troubled times.   Now consider that people’s fears over the economy are off the charts.

• Even in progressive San Francisco, where Biden won by 80%, three ultra-liberal School Board candidates were recalled by over 70% of the vote. That’s 70%!!!

All signs point to a massive victory for candidates who favor lower taxes and more freedom this November.

Remember, only a few months ago a New Jersey truck driver spent only $153 as a candidate and defeated the sitting State Senator.   The truck driver won based on a good Voter Pamphlet statement — giving voters a choice.   Oregon voters want the same choice this November. 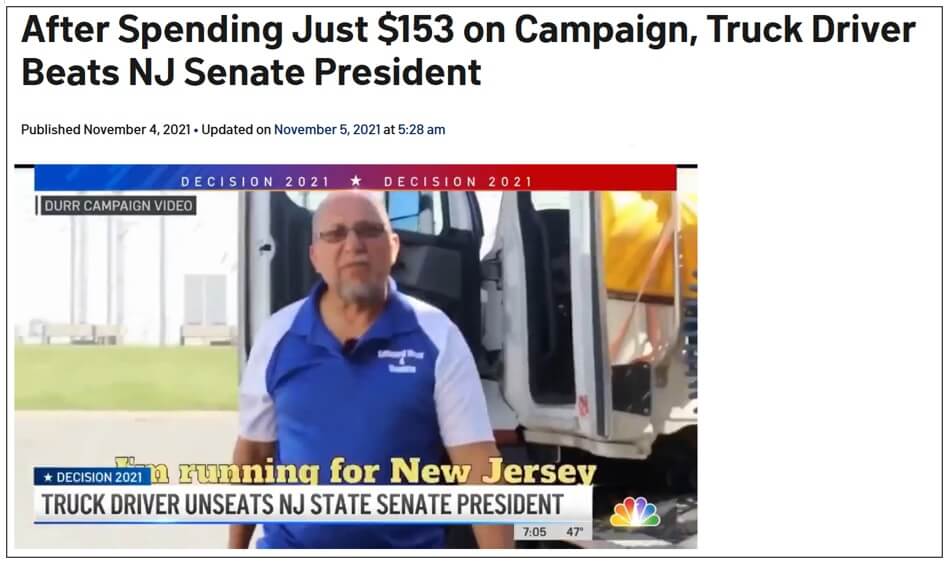 It is happening all across America.  In Virginia, a complete newcomer to politics, Glenn Youngkin, beat out a former Governor for the spot of Virginia’s Governor.   Voters are throwing out the bums all across America and the incumbent politicians are in a panic.

This is a 100-year opportunity to run for office.  The deadline to file is March 8th.  Please consider calling your local County Elections Office, or preferred County Political Party, or preferred political group to see if there is a vacancy or unopposed candidate in your area.  We hear that due to the surprise three lawmaker resignations this week that Milwaukie-area House District 41 has no filed candidate of any party whatsoever.  Not a single candidate! This is how insane this moment is.

Just by filing and putting up a Voter Pamphlet statement you have a chance to share your values and beliefs with some 50,000 voters. It would be perfect if voters had a low-tax, pro-liberty candidate in every single race.  The deadline to file is March 8th.

Due to the pandemic, participation among Neighborhood Political Party Precinct People has reached desperate lows.   Local county meetings which used to serve hundreds of Precinct people, now has seen only a few dozen participating.   This means in 2022, a handful of newly elected Neighborhood Precinct People could dramatically alter the face, shape and direction of Oregon’s major political parties, both Democrat and Republican.   A handful of new people will be deciding what the issues are, who will be the State Chair, who gets to vote in State Lawmaker replacement candidates, who gets to go to Presidential conventions (maybe you?) and importantly how should political party funds be spent.   Rarely in Oregon do you have such a small group of people being given so much voting influence as do Neighborhood Precinct People.

Over 70% of the Neighborhood Precinct People seats go vacant and therefore local Political Party leaders are desperate to fill the open seats where no one is running.  If you run, you will likely be unopposed and win easy.  There is no cost.  There is no mandatory obligations, only an invitation to show up to occasional meetings where you may get to hear guest speakers and vote on issues of the day.

To become a Neighborhood Precinct Person you first must call your local County Elections Office and ask them to for your Neighborhood Precinct Number (it is new due to redistricting).  Once you have that number you call file online here.   You can also go to your local County Elections Office and file it right there.   The deadline to file is Tuesday March 8th.

It is important to note that even minor political parties (which do not have the Precinct Process process but a different unique process) can participate in minor party activities and have an over-size influence due to the low participation rate caused by the current pandemic slump.  Make your voice heard no matter what your registration is.

What more do you want?   How much more unique history-making events must happen for you to wake up and realize that this is your moment!   We are in an epic-size populist wave where all the rules are being thrown out the window and all the power structures are being turned upside down.   Be the hero and capture this moment. Be a candidate, Neighborhood Precinct person or Minority Party participant.

Remember, Governor Kate Brown during the entire pandemic blocked you and your voice from participating in what the Covid rules were.  Unlike other states, Gov. Brown made all her decisions behind closed doors and even blocked your elected local lawmakers from having a vote on it.   The past two years has been symbolically about telling voters like you to shut-up and let the politicians make all your personal decisions for you.  Now you must decide whether telling voters to keep quiet is the new norm for the next two decades or whether 2022 will be the year where the people get to decide.