A major culture clash occurred this weekend.  You had a Christian musician on a national “Let us Worship”  tour by Sean Fuecht (designed to ease censorship and lockdowns of religious services) come to play at Portland Waterfront mere blocks from the contested Federal Courthouse which has seen 70 days of protesting.  Countering that effort were liberal protestors with pro-Black Lives Matter messaging there to disrupt the event as they came  armed with a bullhorn to try to directly interfere and shout down the concert.

Here are a few of their bullhorn chants:

It was baffling why some in the BLM movement would show up to a religious service and begin proclaiming there is no God (this also counters other local BLM leaders who come from the faith community, see notes at bottom).

The “America was never Great” was a line already repeated at other Portland protests.  Chanting “Blue lives don’t exist” was just another way to label police as less than human beings and follows other crowd chants heard this summer such as “No good cop.” and “How do you spell Nazi? PPD”.  It also follows the dehumanizing graffiti messages that can be found all over the very same area which read “Dead cops”, “Kill all cops”, “Run over cops”, “Cops are terrorist”, “Cops are organized criminals”, “All Cops Are Bastards” and “Moms for dead cops.”

This sign said that people who worship are selfish. 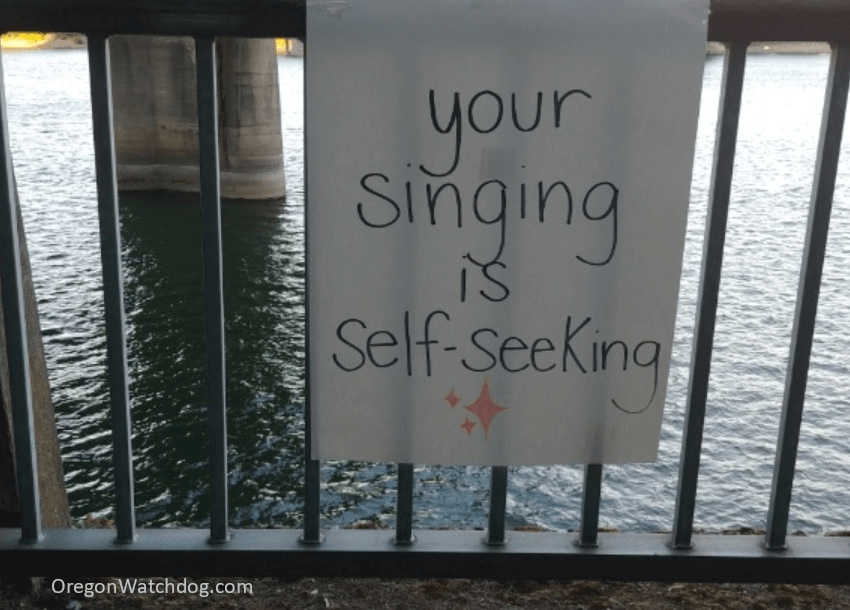 This sign implied that the Immigration Customs Enforcement should be burned down.  Protestor already did massive damage in 2018 to the local Portland ICE office and even sabotaged a private lawyer’s office who represents the Federal government in court. 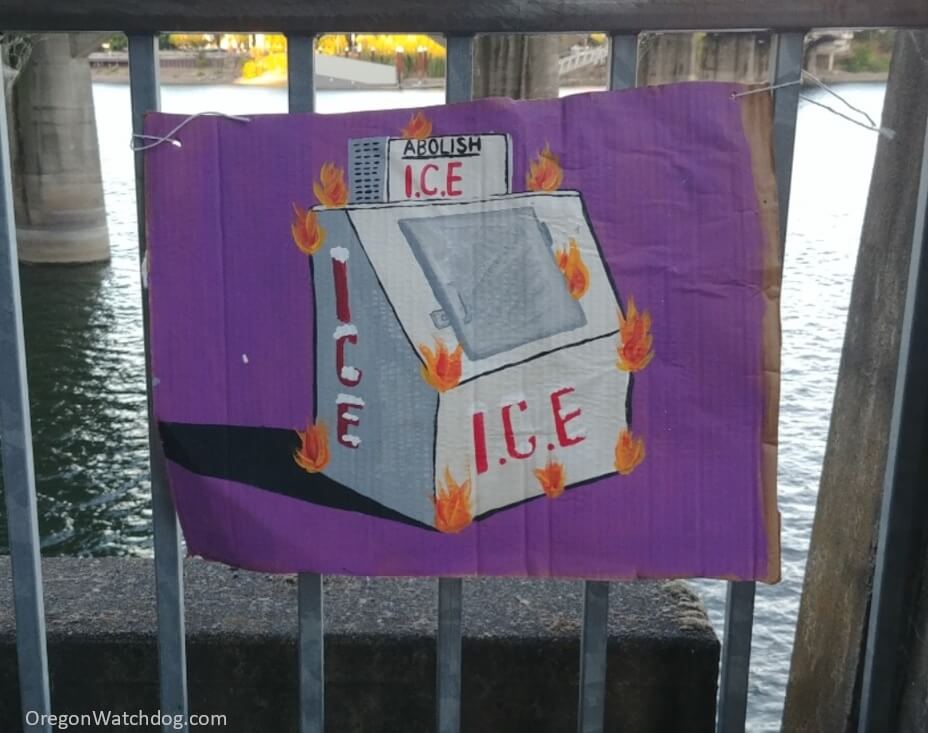 One BLM supporter had a sign declaring Jesus a “White Supremacist” under a dark black cross.  Another demanded that America be abolished.

It was strange to see liberals attack a Christian music event as anti-Black when there were almost as many Black speakers at the concert as there were Black protestors calling it racist. 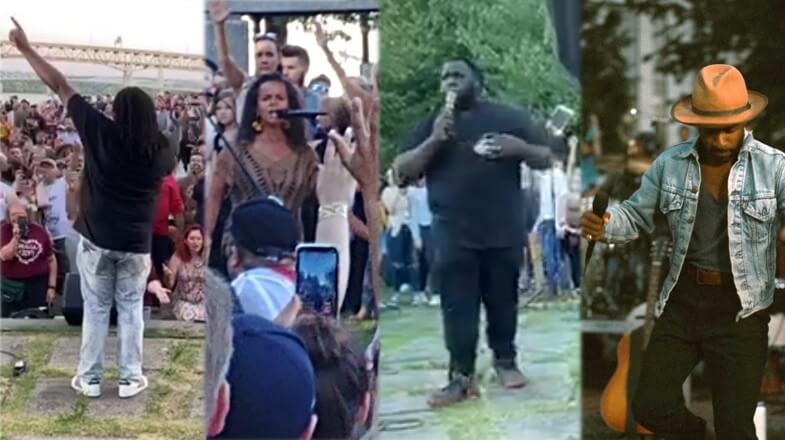 The most common theme among the speakers was a call for compassion and unity among skin colors, cultures, political differences and even mask differences.   The singer even invited a critic of his concert to come share his thoughts to the crowd.

When a nice elderly man began walking up to a loud protester with a bullhorn (who was screaming profanities in the presence of children) another protestor quickly shoved a sign in the man’s face and began yelling “Stop attacking her! Stop attacking her!”   This is a key strategic tactic among leftist extremists whose goal is to block communication between the public and the protestors.

Black Portland Police Officer Jakhary Jackson described witnessing this tactic while serving on the police line.  Jackson said that many times a black protestor would approach him to ask him honest questions and before any conversation could start, a white protestor would immediately interfere and begin screaming anti-cop chants to block any communication.   This just happens to be a pattern found among cults who try to keep followers from gaining outside information from non-cult members.   By the way, the nice man whom they tried to harass and intimidate has traveled the world to help refugees and makes regular charity trips to Uganda to help disadvantaged youths.  Waving a sign “Go home racists” in his presence seemed to discredit the protestors entire cause that night.

Overall, it was quite encouraging that several thousand people largely ignored the protestors despite their bullhorn provocations and profanity.  Despite differences, there was also some good dialogue and at times prayer between both sides.

— Read more on the concert here.

Support our independent journalism and local reporting on the Portland protests!

Final notes: Black Lives Matter is a large movement that has attracted a diversity of support as this website alone has chronicled a few BLM supporters who were faith leaders calling for and end to violence (1,2) more dialogue among people, and other things counter to what many protestors demonstrated at the event.   One of the reasons it is important to highlight what occurred at this event is to show a disturbing pattern of protestors dehumanize another group of people (police) and then try to silence and intimidate people who support them.  There is a rising anti-free speech among leftist extremist that is alarming and dangerous.  This is why reporting on their activities is so important.