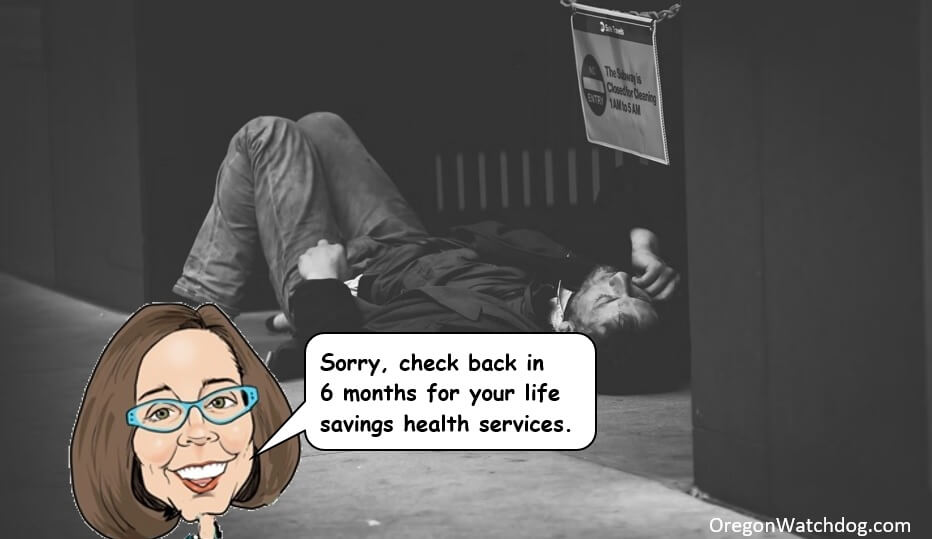 The promises behind Measure 110 are being broken in the middle of Oregon’s drug crisis.  In exchange for legalizing small amounts of hard street drugs with Measure 110, Oregon voters were assured that Measure 110 would allocate significant funding for drug treatment, which has badly lagged in the state for years. Voters were told nonviolent drug users didn’t deserve to be locked up, and that marijuana tax money could pay for treatment. Now, the Oregon Health Authority has gone AWOL. Treatment services providers were told when they applied for funds in December that OHA would make a decision by February. Now OHA is telling them to expect applications to be processed by the fall. OHA is sitting on $270 million in grants for drug treatment and nobody knows when they’ll get their funding.

Just like the Oregon Employment Department delayed Covid jobless payments by a year.

Just like the delay in DMV services due to system crashes.