A poll released by Nelson Research released today shows a statistical dead heat in the Republican gubernatorial primary. Dr. Bud Pierce is the first choice, receiving a slight plurality of support at 6.5% with former State Rep. Christine Drazan receiving 6.3%. Sandy Mayor Stan Pulliam is third at 4.2% and former State Rep. Bob Tiernan is fourth with 3.5%. Bill Sizemore (2.7%), Marc Thielman (2.1%), Jessica Gomez, Brandon Merritt (both 1.7%), Kerry McQuisten (1.3%) and Bridget Barton (1.2%) round out the candidates who received more than 1% support in the poll.

With about a month left in the primary, 67.9% of GOP voters are still undecided. When undecided voters are forced to choose, 47.5% remain undecided. Below is a chart that shows the initial, lean, and total support for each candidate. 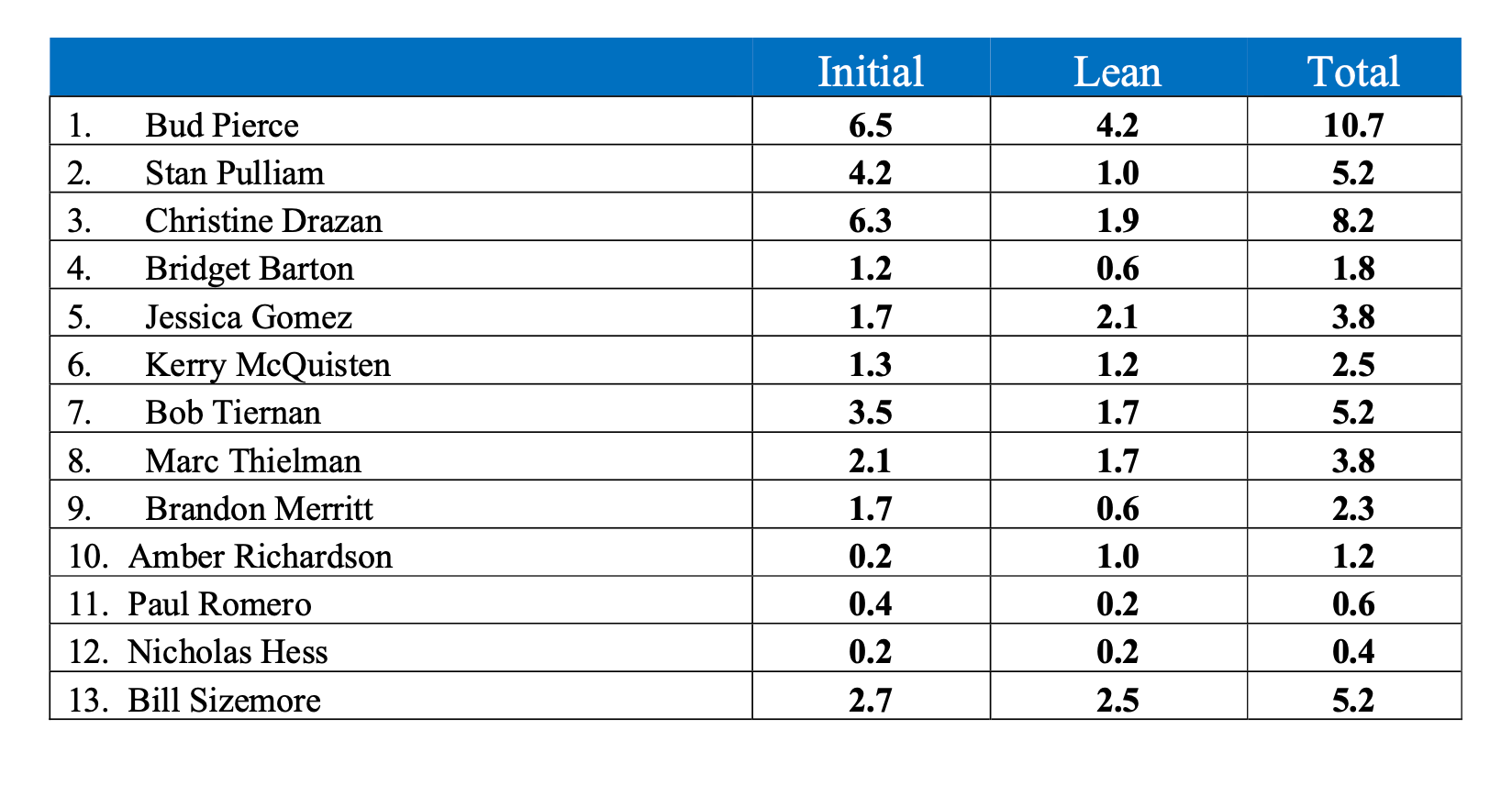 Sources familiar with the criteria for two upcoming debates say that candidates receiving over 5% of the vote will qualify for the debate.

The poll was conducted yesterday (April 13) among 520 likely Republican primary voters. The margin of error is 4.3%

This story will be updated if more information becomes available.