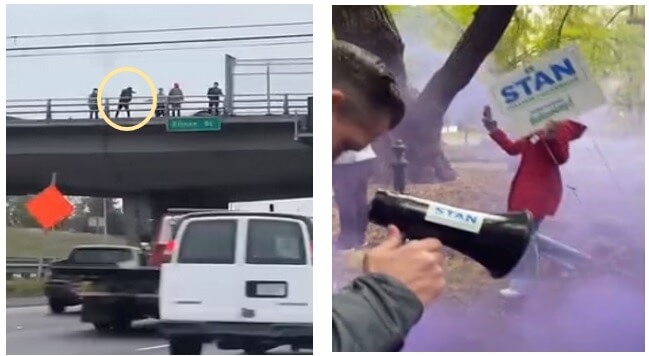 First on Friday, the Canada protest-inspired People’s Convoy came through Portland to show support for police and to oppose overreach in Covid restrictions.  As seen in the video below, police reported that five people were hurling objects — including rocks at cars passing by.  There is even reports of gunfire.  KOIN-6 notes that Police officers were yelled at and harassed as they tried to investigate.

Second, on Saturday, Oregon Republican Governor candidate, Mayor Stan Pulliam, held a small rally in Portland only to be met with anarchists/Antifa who launched a large flash bang explosive, a smoke bombs and threw rocks and feces at people including women and children.  Two people reported injuries. 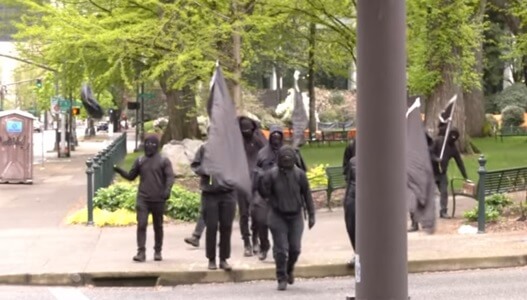 Stan Pulliam did this follow-up video: 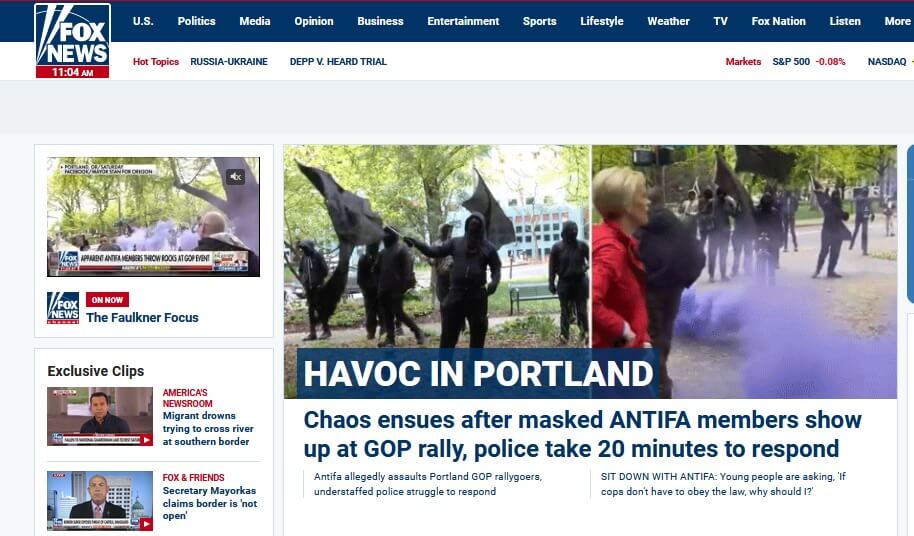 Here is the same park area earlier this year where anarchists vandalized the Spanish-American War veterans memorial by calling for the death of Oregon journalist Andy Ngo. 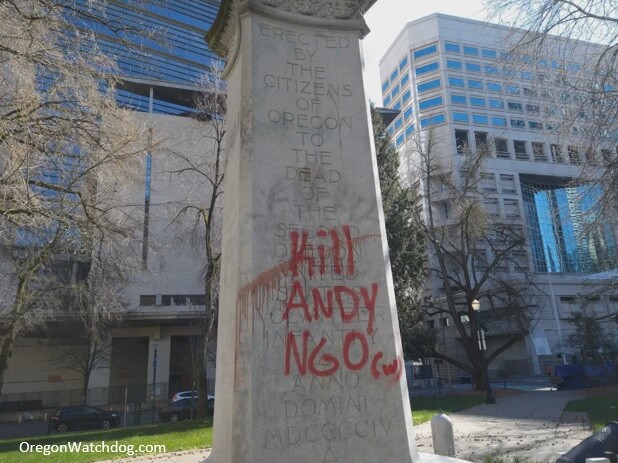