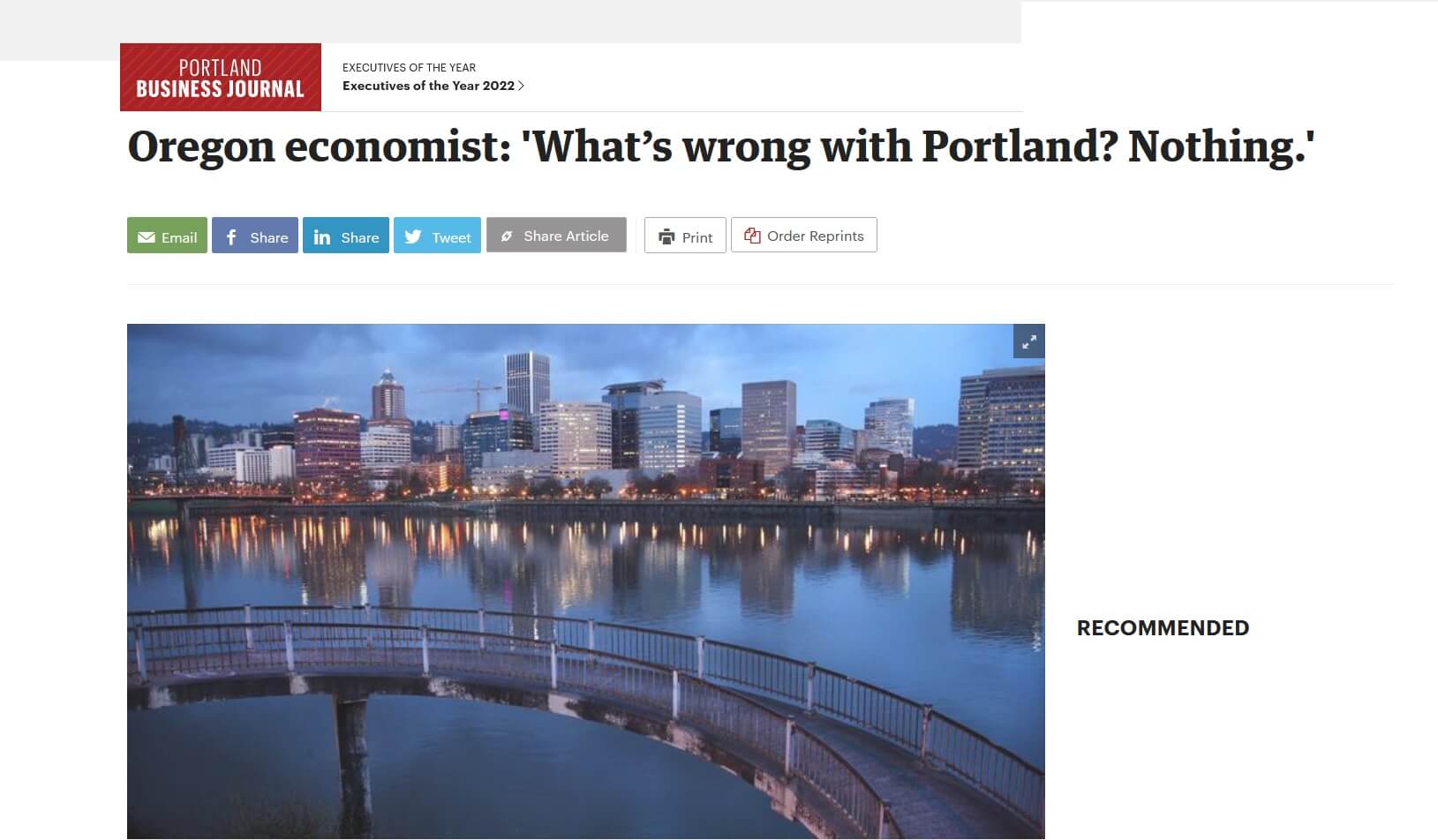 The Portland Business Alliance ran an article featuring a State Government economist who basically says its mostly all right.   It even says the “Labor shortage is a misnomer“.

This comes at Portland was the worst crime city in America as measured by highest homicide increase.   Portland made national news this week alone because protesters attacked a free-speech convoy and attacked a candidate trying to hold a rally in a park.

Portland was rated among the worst homeless crisis in America.