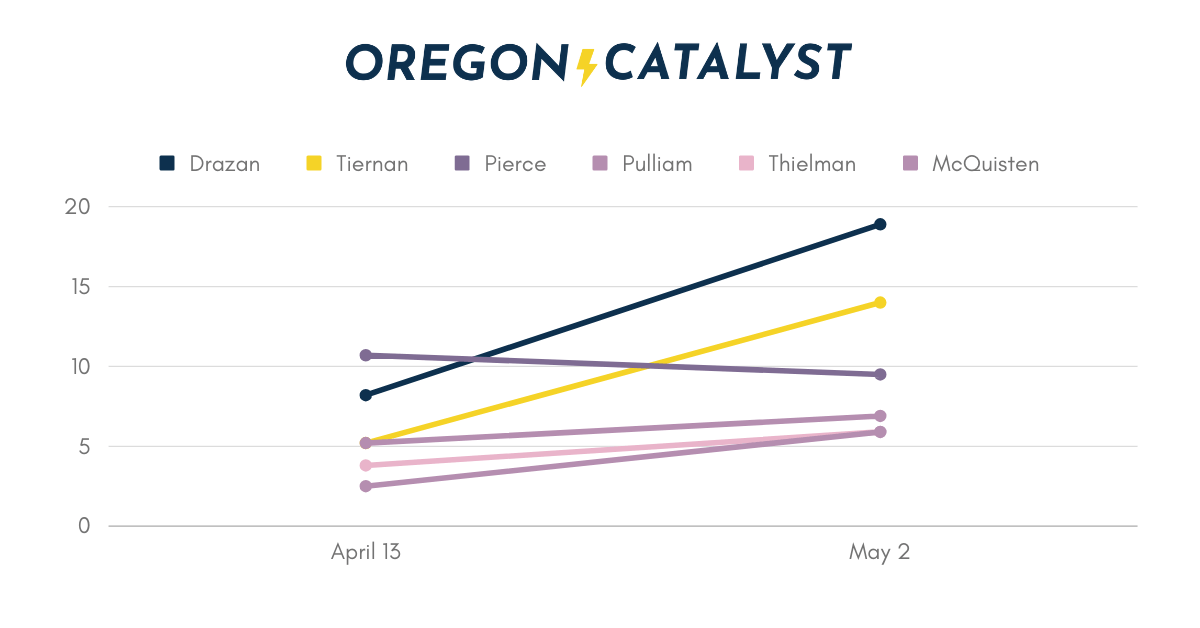 A poll from Nelson Research released today shows Christine Drazan taking a clear lead in the 2022 Republican gubernatorial primary. The poll of over 500 likely Republican voters was conducted April 29 – May 2nd. The margin of error is 4.3%.

Drazan took 18.9% total support. Bob Tiernan received 14% and Bud Pierce had 9.5%. These results correspond with TV ad spending data, which shows the three Republican candidates who have spent the most in TV advertising to reach voters are getting the highest levels of support.

Coming in fourth was Stan Pulliam with 6.9%. Marc Thielman and Kerry McQuisten each pull 5.9% of the vote. Bill Sizemore received 3.7% while Bridget Barton got 2.7%. Jessica Gomez with 2.1% and Brandon Merritt with 1.2% round out the top ten.

Nelson also released the full crosstabs of the poll for those who are curious.