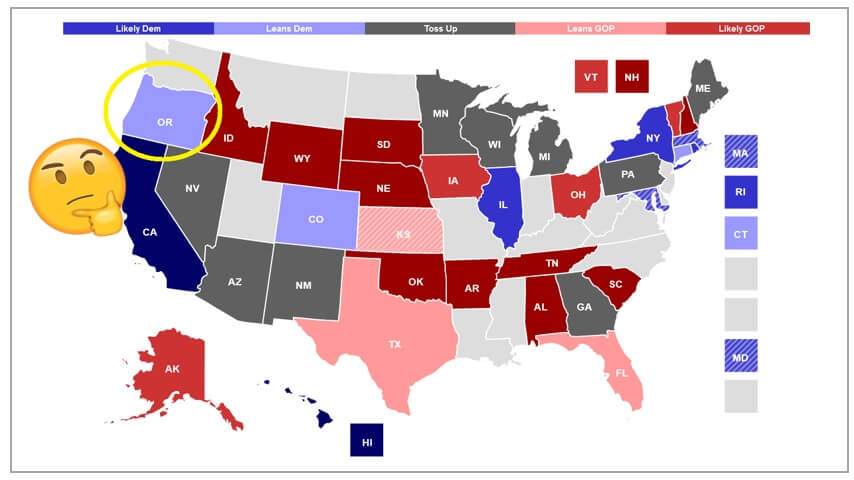 The latest Real Clear Politics Governor race chart shows Oregon not among the “Likely Democrat” Governor states as five other U.S. States ( Illinois, Maryland, Massachusetts, Rhode Island, New York).  Oregon instead is among the “Lean Democrat” states (Colorado, Connecticut).   This is interesting since the third party challenger, Betsy Johnson, has not even officially entered the race.   This bodes well for candidate Christine Drazan who favors lower taxes and cutting government waste.

Christine Drazan has been leading in the polls, ahead of both Tina Kotek and Betsy Johnson.

KGW-TV reports that the Governor’s race is attracting national attention and may draw in $100 million in spending.  This will effect many races down the ballot.