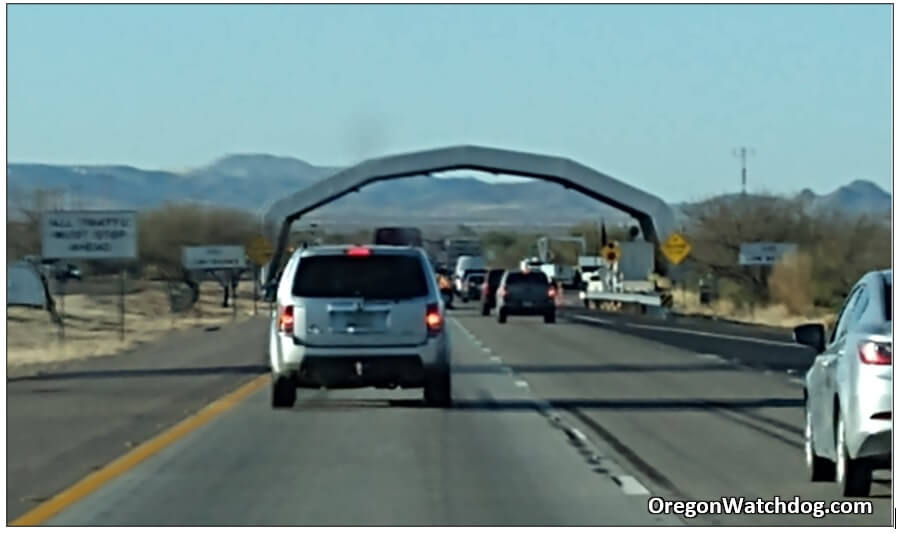 Before our Southern Border tour we had no idea that there were security checkpoints located many miles in-land in the United States in addition to well-known checkpoints at the official American-Mexican border.   This is a second layer of defense for those illegal crossers who get past the first checkpoint.   Americans who live close to the border have to pass these inland check points everyday from home to work even though they are traveling only within the United States.

These checkpoints are a secondary level of security for towns near the border. The checkpoints we passed through involve slowing down traffic and a momentary stop to allow for Border Patrol to use either x-rays or drug sniffing dogs.

Because of the high potency of fentanyl, a drug which the smallest amounts can kill people, many drug detecting dogs are injured when they discover smuggled fentanyl in their vehicles.   Some drug sniffing dogs are killed because of fentanyl exposure.  It is a reminder of how life-threatening, poisonous, and toxic the drugs are that smugglers are handling and pushing into our country.

— This is part 5 of an ongoing series on our special report on the Southern Border.