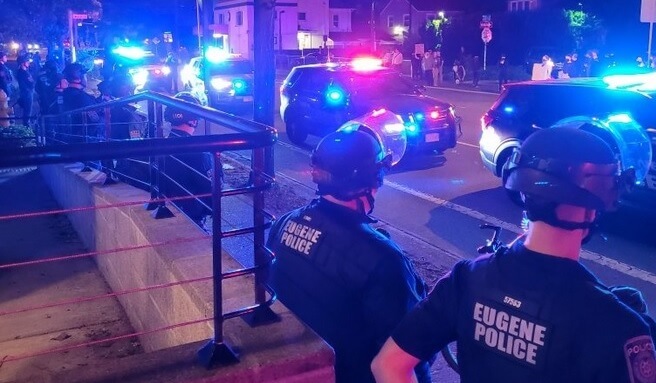 About 75 rioters descended upon the Eugene Dove Medical Center this weekend leading to 10 arrests. (photo from Dick Weishaar Twitter).

“Around 9:21 p.m. people began arrived to the area wearing all black clothing with masks and hoods. Many also had backpacks that appeared to contain unknown objects. The crowd started growing and moved toward the medical building. Eugene Police’s Mobile Response Team arrived in the area to block the building using its vehicles and officers to surround the building. The crowd continued to grow and began blocking E. 11th Avenue by standing in the roadway. Some people were observed picking up rocks and several began putting on gas masks. One female had a chemical pump sprayer and she was pumping it up. Additional EPD Patrol resources were called in.

An officer used a public address system to admonish the group of more than 75 people that they were committing disorderly conduct and were subject to arrest. This had no effect on the crowd and they advanced closer to officers. Unknown people in the crowd threw smoke bombs at officers along with several filled water bottles. EPD’s Crisis Negotiation Team eventually used their sound truck, which has an LRAD system on their truck, to provide louder volumes to the admonishments so those could be hear over the crowd noise.

Those who remained in the roadway were subject to arrest. The crowd did not comply. After the first arrest, the crowd became extremely loud and verbally hostile toward the officers and tried to get through the line. EPD called in additional resources including Springfield Police Department and Department of Homeland Security. The incident forced EPD’s operations to go into what is termed ‘priority calls,’ where much of the rest of the community’s individual calls for service, if they are not immediate life-safety emergencies, to be placed on hold or not responded to. Springfield Police provided mutual aid for priority one calls. At one point, the crowd moved to Ferry street right at E. 11th Avenue. Police provided more admonishments and arrests were made, with people fighting with officers and not complying with lawful orders, leading to inert pepperballs (pepper balls with no chemical munitions) being deployed in a few cases at people’s feet and legs. At that point the crowd size decreased. “

Here is what the Dove Medical Pregnancy Center looks like: 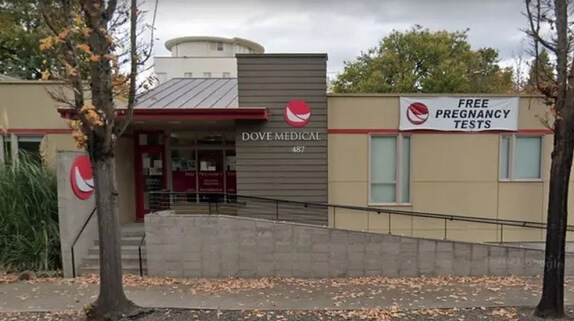 KVAL News shows a photo of volunteers days before boarding up windows in anticipation of riots. 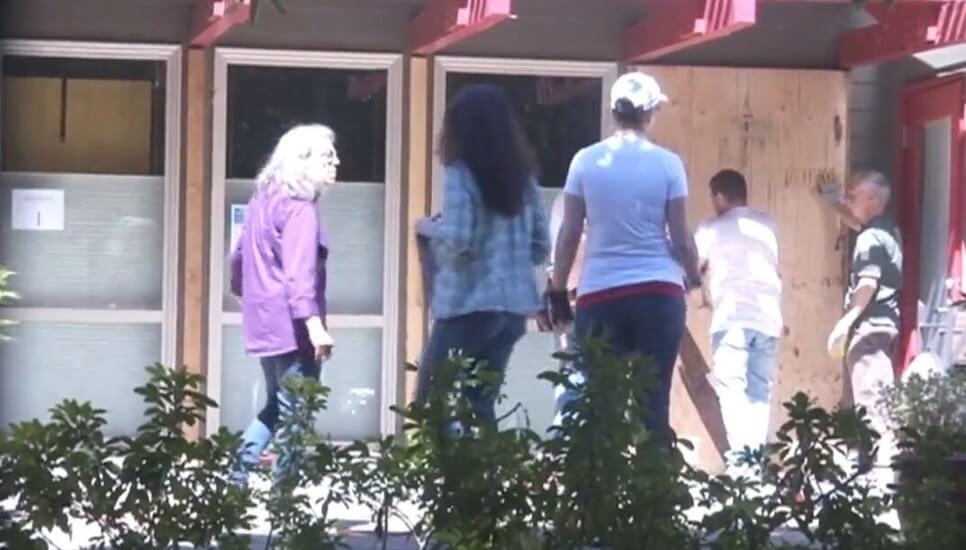 Journalist Andy Ngo provided some background on those arrested:

Orion Timothy Deschamps, 20, of Eugene, was arrested at the violent #Antifa attack in Eugene, Ore. on June 24. He's charged w/escape, resisting arrest & disorderly conduct. He was quickly released from jail. DHS & neighboring police had to help during riot.https://t.co/WMVoufKJws pic.twitter.com/mjWMxXIqId

This attack came as the word to riot was spread throughout Oregon this weekend.  (See Oregon call to riot) 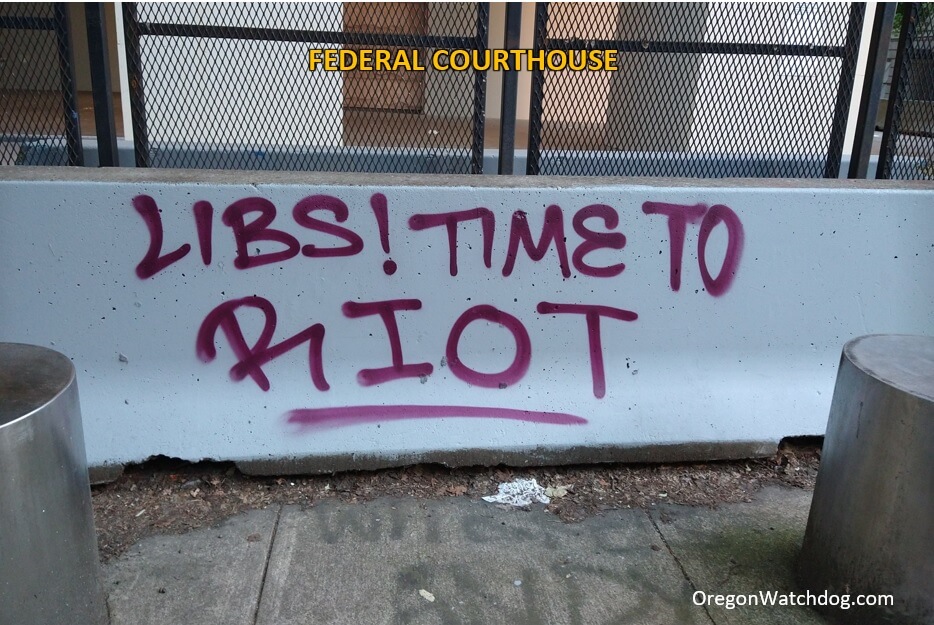