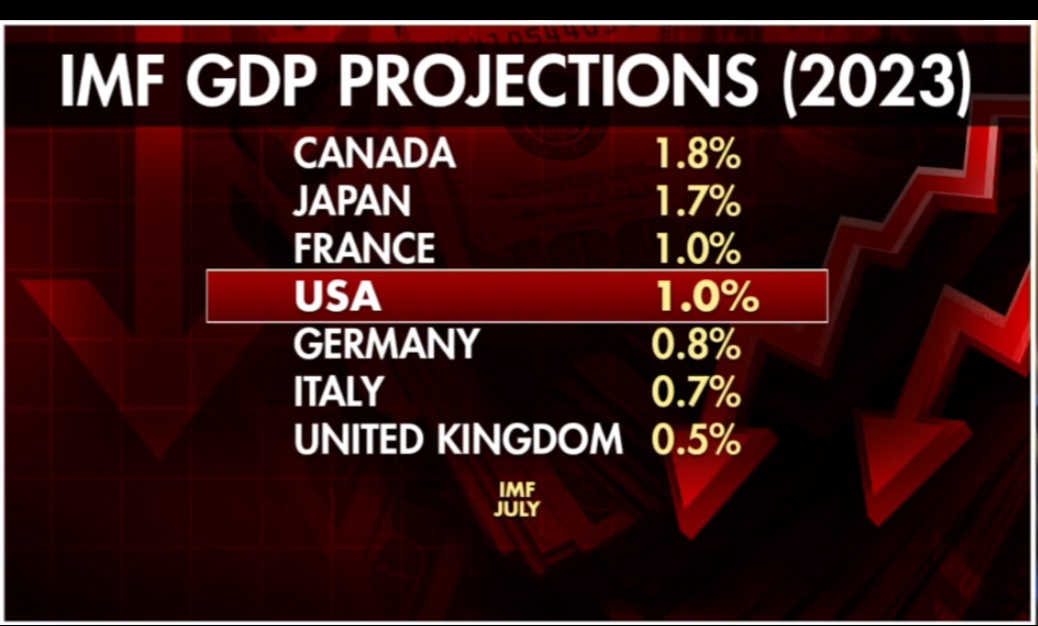 President Biden held a (no-question) press conference where he announced that in his opinion America was not in a recession and to basically ignore the report this week of America’s two quarters of negative GDP growth which is the official description of a recession.

Not only do GDP numbers testify of a recession, but the International Monetary Fund is forecasting America to grow less than Canada and France.   The United States is just barely above Germany and Italy which are suffering severe economic shocks.

Although the IMF is not perfect, it is just another demonstration that others see the United States in trouble at a time when the President is denying it.