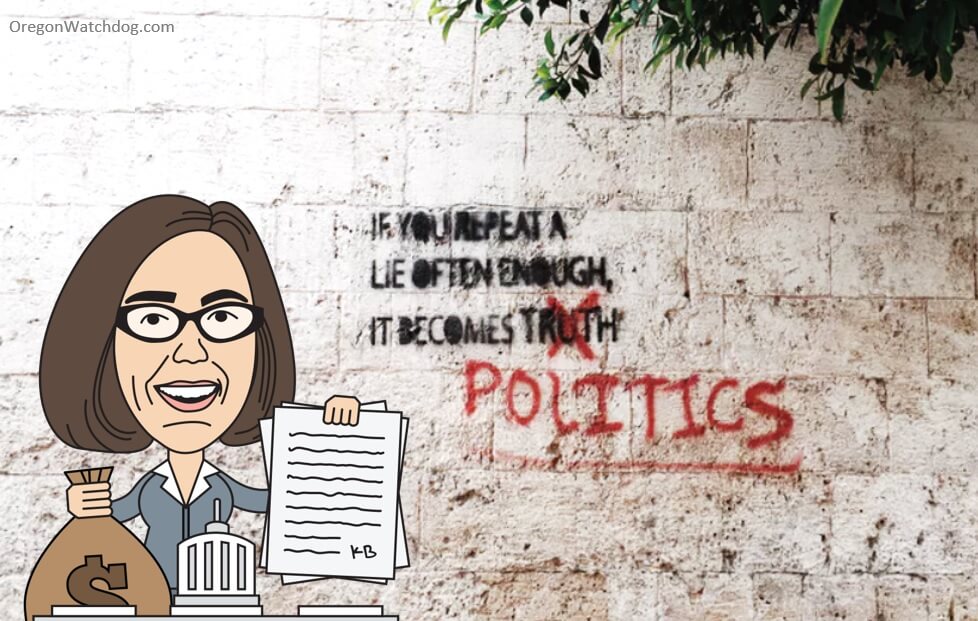 Congress passed a quarter trillion tech funding bill and Oregon politicians want some of that money.   Because Intel shocked Oregon last year by deciding to build their next major plant in Ohio instead of Oregon and has since been repeated excessively on the Governor debates, there is no hiding that Oregon is a big tax/big regulation state unfriendly to businesses.  So Governor Brown held a press conference:

Oregonian reports, “Gov. Kate Brown said at a news conference Wednesday morning. She said she will make funding requests for the Legislature’s emergency board to consider next month to streamline environmental permitting and will suggest targeted land-use proposals for the Legislature to take up early next year.”   This mean the politicians will likely allow an exclusive pardon from environmental rules for one or two specific tech companies.  They will promise to speed up their permitting process — something that ordinary builders and businesses would die for.   Governor Brown is promising that lawmakers will provide “funding request” so these environmental-law bypassing corporations will get extra doses of taxpayer funds.  Those extra tax funds will be on top of the quarter trillion of tax dollars already promised by the Federal CHIPS Act.

Oregon environmental laws are a bureaucratic blob that drives companies out of Oregon (hence Intel).  Why not fix the laws instead of creating one-time exemptions of big corporations?