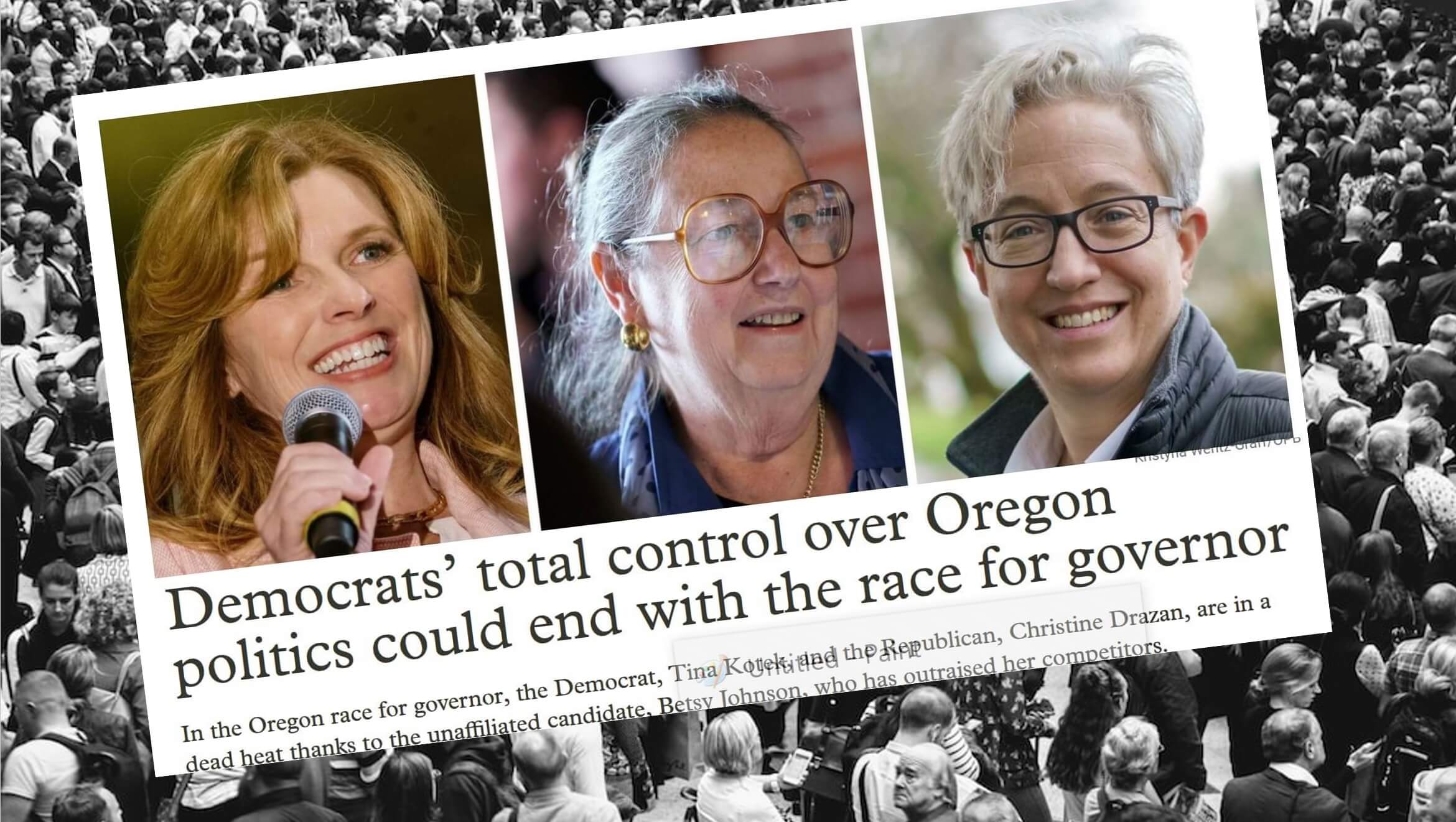 Big OPB article,“No state in the country elects Democratic governors more reliably than Oregon, but every streak has its end.This year, after nearly 40 years of dominance, Democrats are staring down the possibility their reign is coming to a close. With ballots in this vote-by-mail state already heading out to voters, polls show Democrat Tina Kotek, a former state House speaker, running neck-and-neck with Republican Christine Drazan, the previous state House GOP leader.Oregonians are angsty after years of COVID-19 lockdowns, and amid a worsening homelessness crisis that has been particularly acute in Portland, the state’s largest city. And they’re not fans of outgoing Gov. Kate Brown, a Democrat whom polls show has the lowest approval rating of any governor in the country.”