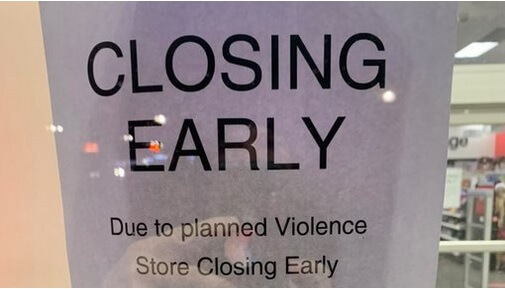 Sad news that some business closed early on election night out of fear of violence.

“Closing early due to planned violence…”

A CVS in downtown #Portland, OR shut its doors early over fears of political violence. In the November 2020 election, the National Guard was called in after #Antifa rioted. On Inauguration Day 2021, Antifa smashed up the @ORDems office. pic.twitter.com/0nKhTIIYpC