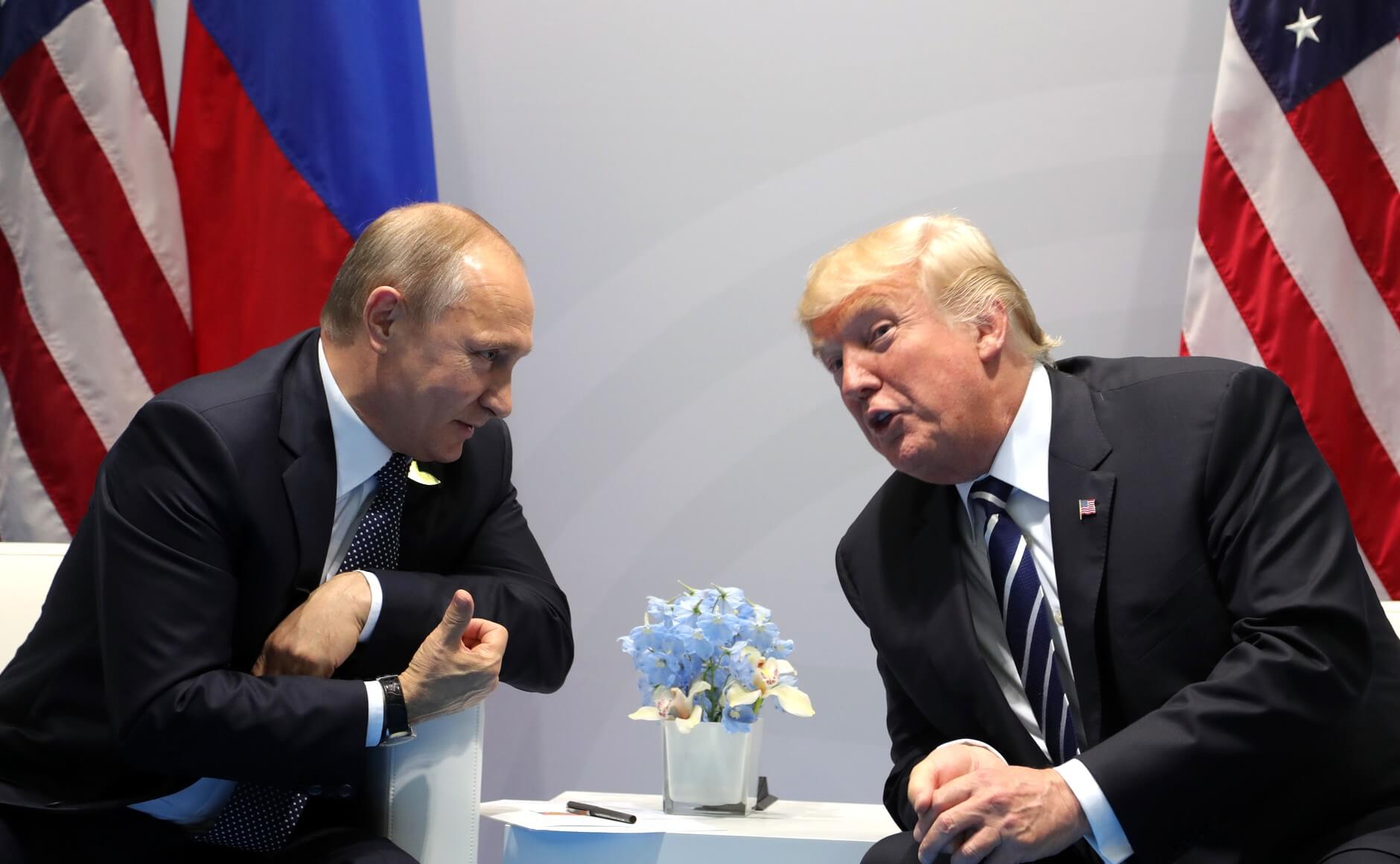 When Donald Trump ran for President in the 2016 election, he was more a novelty than a movement. As Trump pursues his second attempt at a second term, Republican primary voters should contemplate what ideological baggage he brings with him this time.

Does Vladimir Putin lead a global populist political movement? One’s perceived favorability of Putin seems to grow if one shares the blood and soil worldview that the former KGB agent uses to keep his grip on Russia. Is Trump a fellow traveler in this movement, along with Viktor Orban, the president of Hungary, or Marine Le Pen, the would-be president of France?

Trump has displayed his own bromance with Putin in several ways. Take how Trump’s 2016 campaign knowingly colluded with Russian agents. If such a fact is news to you, or shall we say fake news to you, then perhaps you’ve been taken for a ride by the equivocation of “no collusion” with the fact that not all collusion with a foreign power amounts to a criminal act.

Among the set of all things that are lawful, some are awful. The Mueller Report found no criminal conspiracy between the Trump campaign and Russia, but he found several instances of collusion.

The moment the Mueller investigation discovered the most brazen act of collusion with Russia while FBI Special Agent Omer Meisel interrogated Rick Gates is nicely described by Andrew Weissmann’s account of his time as a federal prosecutor in Where Law Ends.

Having gathered some momentum with Gates, I switched gears, turning to the subject on which Omer and I had been fixated since the previous fall: “Rick, tell us about the Grand Havana Room meeting on August 2,” Omer asked. We wanted to know what had compelled Konstantin Kilimnik to come all the way from Russia to meet Manafort in person, and what compelled Manafort to take the meeting at the height of the campaign.

We knew, from examining emails, that Gates had been at the dinner, though he’d arrived late. Gates didn’t know we knew this, however, and we were careful not to reveal too much in our questions. We wanted to test whether his account would match up with the other evidence. It helps incentivize a witness to be completely candid if he believes you already know the answers to the questions you’re asking.

“I learned of that meeting on the same day that it happened,” Gates explained. “Paul asked if I could join him and ‘KK,’ ” as Gates called Kilimnik. “The meeting was supposed to be over dinner, but I got there late.”

I did not look over at Omer, but I knew he was thinking what I was, that it was good that Gates was being forthright so far and confirming what we knew.

“Do you know how long they had already been there?” I asked.

“I don’t, but I think I was fairly late getting there. They were well into the meal.”

“What do you recall being discussed?” Omer asked.

“A few things,” Gates explained. One subject was money—certain oligarchs in Ukraine still owed Manafort a considerable amount. Another was a legal dispute between Manafort and the Russian oligarch Oleg Deripaska. We asked Gates if there was any new or unusual information raised about these issues, but he said no—those problems had been percolating for a while. This was not, it seemed, enough of a reason for Kilimnik to come to New York from Moscow.

“What else do you recall being discussed?” Omer asked. “There was discussion about the campaign,” Gates said. “Paul told KK about his strategy to go after white working-class Democrats in general, and he discussed four battleground states and polling.”

“Did he name any states?” I asked.

“Did he specifically mention those states, and did he describe them as battleground states, or is that your description?” I asked.

“No,” Gates said. “Paul described them that way. And, yes, I remember those four states coming up.”

“And he described polling?” Omer asked.

“Yes, but I had been sending our internal polling data to KK all along,” Gates explained. “So this was a follow-up on that, as opposed to something out of the blue.”

“I’m sorry,” I said, “but why were you sending polling data to Kilimnik?”

“Paul told me to send him the data, periodically. So I did. I’d send it using WhatsApp or some other encrypted platform. I assume it was to help Paul financially. I just did what Paul told me to do.”

“KK didn’t have any position on the campaign, right?” I asked.

“And you sent the data repeatedly, not just once?”

“Did you know in fact why Paul told you to send the data to Kilimnik? You just told us you believed that it was to help Paul, but do you know that in fact?”

“Did Paul ever say anything to suggest that?” Omer followed up.

“What did you do after Paul left the campaign on August 19?”

“I continued to send the data out, but my access to it was diminished over time.”

“Did you retain the communications to KK?” Omer wanted to know.

“No, I got rid of them as soon as I sent the data,” Gates said. This explained why we could not see it.

“Do you know what KK did with the data?”

I kept a poker face, but my mind was racing: Jackpot, I thought. We talked for a few more minutes before I suggested taking a break, then told my team to continue debriefing without me for a few minutes, so I could update Mueller right away.

This turned out to be less of a Jackpot in terms of an indictment, because the revelation was not sufficient evidence to prove beyond a reasonable doubt a criminal conspiracy to receive in-kind campaign contributions from a foreign power. Sending polling data to foreigners is not necessarily illegal. It was, however, genuine collusion.

Democrats see this and become election deniers. The evidence that Russian influence operations in 2016 had a material influence on the outcome is as weak as popular Republican claims that fraud had a material impact in 2020. Yet, the absence of such evidence doesn’t hold partisan hacks back from imbibing this tonic to cope with cognitive dissonance.

Collusion with Russia doesn’t explain why Trump won in 2016, but it may help explain Trump. Can you imagine any other presidential campaign doing the same thing? Think of how ludicrous it would have been for the Reagan campaign to share internal polling data in battleground states with a Russian agent. After the Cold War, neither the campaigns of George HW nor W Bush would have considered doing this, even if there was a reason to believe the Russians would help them beat Michael Dukakis, Al Gore, or John Kerry.

Why would the Trump campaign be different? There are two explanations. First, Trump led a corrupt organization that would compromise any sense of decency to win. Second, Trump’s campaign saw an ideological affiliation with the Russian government.

Neither portends promising governance, but the question of ideological affinity is the most interesting in trying to understand the times we live in. The Reagan campaign sharing polling data with Margaret Thatcher’s government in the UK, though still unlikely, is less unthinkable. That makes me wonder, did Trump and Putin have an alignment of worldviews like that of Reagan and Thatcher, making mutual political support feel natural? That is something Republican primary voters need to think about over the next two years.