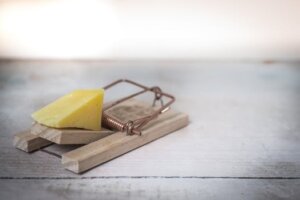 As the filing deadline for the 2018 election closes in it is time to reflect on the time-honored political tradition of “The Ole Bait and Switch”.  The Bait and Switch usually involves a popular incumbent announcing their retirement on the filing day, allowing a successor to file for the race before anyone else has a chance to hop in.  It has happened before here in Oregon and it is likely to happen again.

Last week the Democratic Party of Oregon put out a statement attacking Republican Senator Alan DeBoer claiming that he put off announcing his retirement in order to benefit Republican Jessica Gomez in her bid for the seat.  Now you can feel however you want about Senator DeBoer’s choice to wait on announcing whether or not he would seek reelection, but take a quick look at recent history and you will see that he is far from the worst offender and for the DPO to make hay of this particular instance is hypocrisy at its finest.

In 2017 House Republican Leader Mike McLane introduced a bill that would extend the filing deadline for candidates should an incumbent withdraw near or after the deadline.  Unfortunately, even though it passed in the house that bill went on to die in a Senate committee.

With practices like the bait and switch and the large number of legislators who are initially appointed to their seats, as we have seen a large wave of recently, our political process is starting to seem less and less democratic. Incumbency is a huge advantage in elections, and it is unfortunate that some of our elected officials choose to abuse the power they have as incumbents, but let’s be clear both parties are guilty of this behavior.  Insider politics is insider politics regardless of whether you are a Republican or a Democrat.  We should revive Representative McLane’s bill to prevent this practice.  The political class already have more than enough tools to hang on to their power, I think they can make do with one less.

The 2018 filing deadline is Tuesday, March 6th, so keep an eye out, you never know what surprises may pop up.