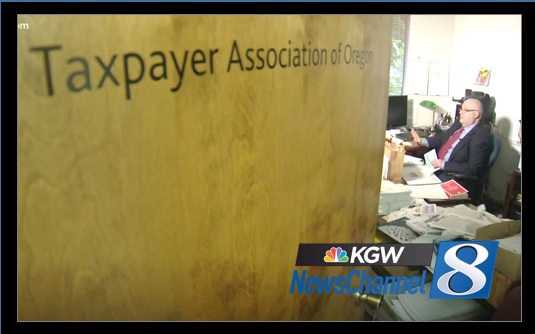 Portland has been paying millions to city employees who have voluntarily resigned or pushed to resign due to various scandals. KGW-TV news did a news segment on it and Taxpayer Association was honored to be included in the debate.

“10 times since 2015 city employees have received severance payouts of more than $100,000. And at times, a KGW investigation found there was no contractual or legal obligation to pay anything…The most recent example is Portland Parks & Recreation Director Michael Abbate, who quit his job this month and was handed more than $101,062 in severance. It’s a payout that nobody at the City of Portland wants to explain….That’s wasted taxpayer dollars,” said Jason Williams, Executive Director of the Taxpayers Association of Oregon. He argues that if there’s no accountability, these “golden parachute” payouts will continue. “This comes at a time when the city of Portland is asking people for higher taxes while at the same time they’re giving millions in severances that don’t need to be paid,” he said.”

(Note: If you appreciate what we do please support our Watchdog efforts with a tax credit, charitable or standard donation)

Watch the news clip below.