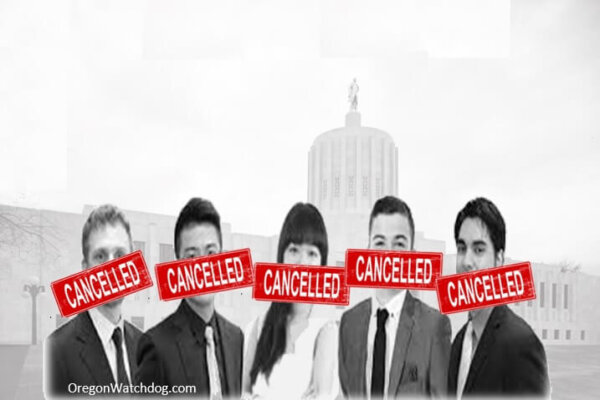 In June, the Governor signed a gigantic $2.6 billion business sales tax (HB 3427). The voters revolted by starting a referendum petition (Petition #301) forcing the tax to the ballot so the public could have a right to vote. The politician’s responded to the threat of a public vote by passing HB 2164 which retroactively changes the language and wording of the original tax. This has the effect of canceling out the people’s petition.  Thousands of people who signed the petition now effectively have their petition signatures voided and canceled. (read more here)

This subversive tactic of changing the laws in the middle of the process while people are trying to change the laws has never been done before in modern Oregon political history. This subversive and vote-canceling attack can now be used to stop ANY petition effort that the public might wish to bring to the ballot. One simple vote by the politicians can now void all the people’s signatures at any moment during the petition process.

This makes it virtually impossible for Oregon voters to have the right to vote on this tax with a referendum petition. Governor Brown has committed a serious violation of the will of the people and their right to petition their government — unlike anything any Oregon governor has done in our time.

— Don’t let the governor do this in secret — spread the word!!!!  Please, please, please Email, Tweet, Like and re-print this article.