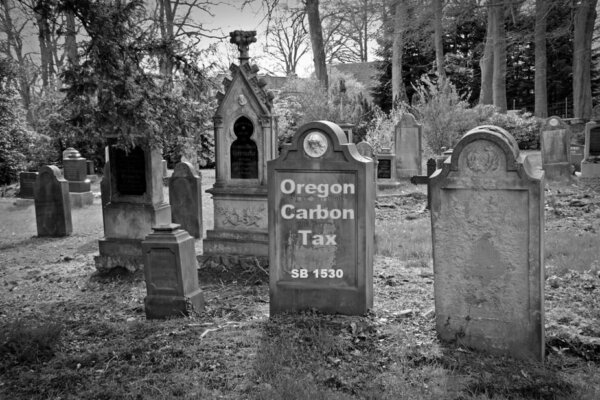 The Special 35-day super-short Legislative Session is expected to end on March 8th, which means if the Carbon Tax bill were to be heard and protesting Republican lawmakers were to return to the building tomorrow, there is not enough time for the bill to go through the normal process to become law.   Republicans need to return to today for the Carbon tax to survive.

Lawmakers can change the rules to speed Legislation through the process, but that requires a higher consensus vote threshold where both parties have to agree to pass the requirement.

“As a result, Thursday also likely spells the end of the line ‘really for everything at this point’ Sen. Michael Dembrow, D-Portland, and a longtime proponent of the cap-and-trade, said on Wednesday’

We will keep you posted on developments.

— Was this article helpful?  If yes, Spread the word online!  Facebook Like, Tweet, Link and Email this very article.  Or Contribute online at OregonWatchdog.com to fight the tax (also learn about Charitable Tax Dedication or Political Tax Credit options to promote liberty).