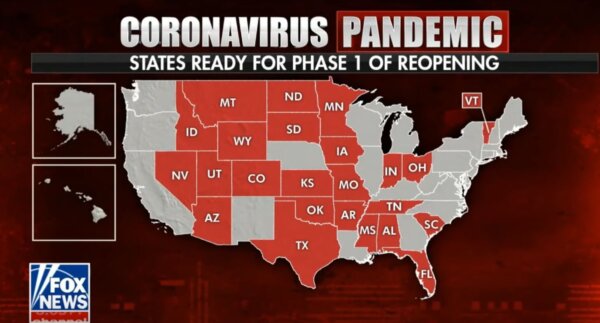 A chart from this weekend showed 24 states are ready to enter phase 1 of re-opening but Oregon was not on the list.

With the progress Oregon has had, we should be on the close-to-opening list like the other states.

Taxpayers and Small Business would like to know where we are lacking?

How can we citizens help get Oregon to Phase one?

Taxpayers would like to participate in our own recovery.  Our office is sending out hundreds of masks, gloves and sanitizers around the state because that is one of the few pro-active ways we can help.  Is there anything else?

This article is a public call for ways we can help move Oregon forward because we want to do what it takes to get Oregon on the phase-1 opening list.