Things have been bad in Portland for a long time…
Taxpayers Association of Oregon
OregonWatchdog.com

This week the Oregonian ran an article that blames conservative outlets for covering the Portland riots as a big problem.

Here is the Oregonian headline:

We understand that the meida wants to strike a healthy balance between extreme elements and also wishes to come to the defense of the City we all lvoe from exaggeration criticism, but things really are bad here at the moment.

Here is what the (non-right wing) Associated Press reported from the weekend, 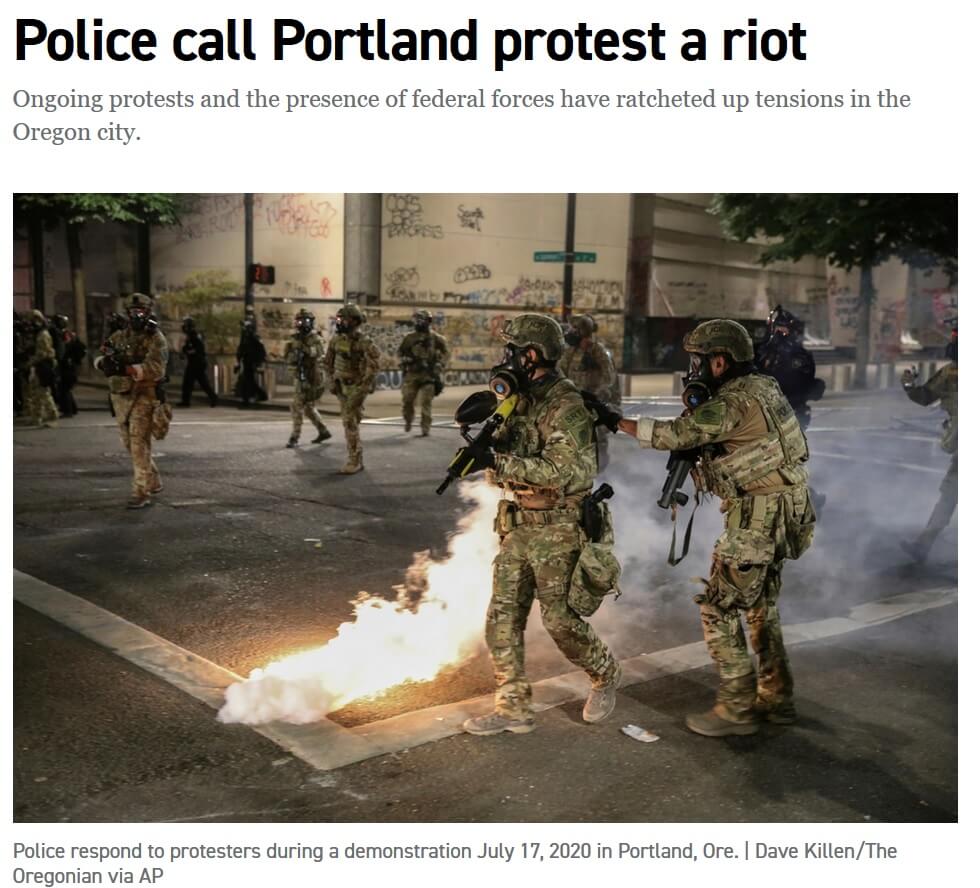 Here is what the Portland Police Association says,

“…a group of individuals intent on causing injury, chaos, and destruction by rioting, looting, starting fires, throwing rocks, bottles, mortars, urine, and feces at peaceful protestors, as well as the police. These violent criminal acts have gone on for almost 40 days nonstop, while the men and women of the Portland Police Bureau and its partner agencies have shown amazing restraint..”

If Portland is so peaceful, then why are Community Leaders this weekend calling for a cessation of violence?

If Portland is so peaceful, why does The Portland Tribune report that shootings have gone up 240% in the past few weeks

Here is a photo of the near-100 acts of arson around Portland.

The rioting in Portland has gotten so bad that people are afraid to go into Downtown Portland during the day.

When the Taxpayer Association held a flash flag waving rally in SE Portland at the site of the toppled George Washington statue, we ran into many neighborhood residents who felt unsafe in their community because of the rioting in their streets. 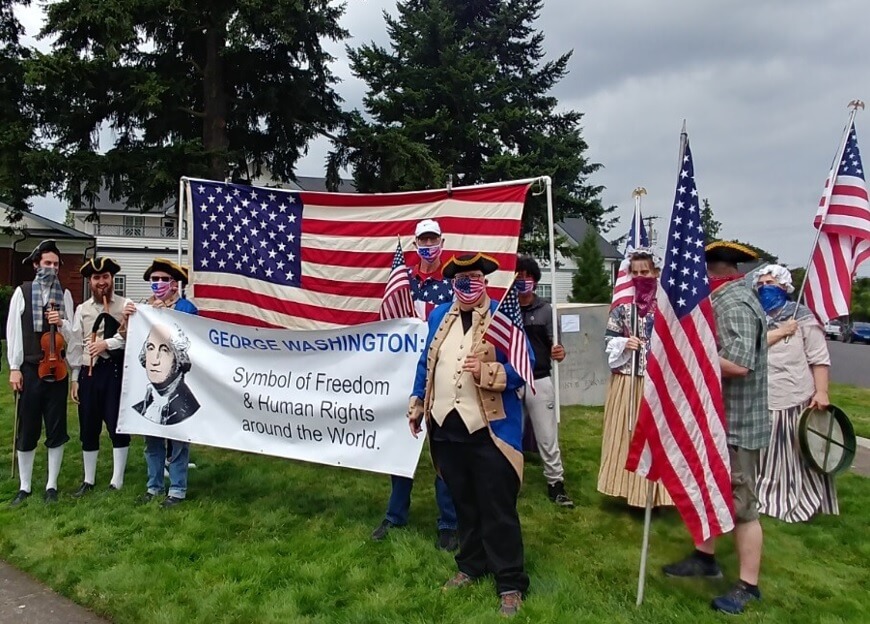 The rioters not only destroyed a 100+ year old statue of George Washington, they destroyed everything in the area including local business signs, public facilities and then graffiti’d the area with profane threats – even left behind images of the White House in flames. The neighbors thanked us deeply for our presence.

By the way…our effort to raise funds to replace such statues, like George Washington, has already raised over $3,000 in just a few days.

The Oregonian has rightly reported that peaceful protesters and local civil rights leaders have condemned using violence during protests and have struggled on how to deal with these shadow elements that are causing so much destruction during these protests.   These groups are maligning the good intentions of the call for racial justice and police reform.   Removing these criminal agitators begins by supporting our local law enforcement and support their efforts to arrest people breaking the law,