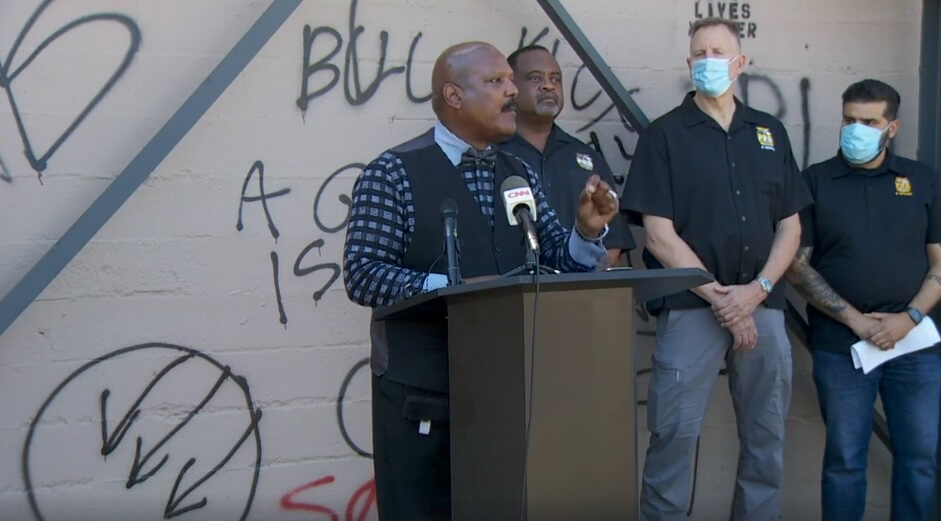 Despite previous press conferences and statements calling for a moratorium on rioting, it only got worse. Watch this press conference and you will see constant pleas by various liberal leaders for a pause on the rioting and an open invitation to have a “conversation” with rioters.  They kept saying “Let’s talk”.  The rioters ignored both requests and ramped up the violence.

Even while the good intention community leaders were hosting their press conference on peace and “Let’s talk”, a protestor heckler was screaming at them and not allowing them to be heard. 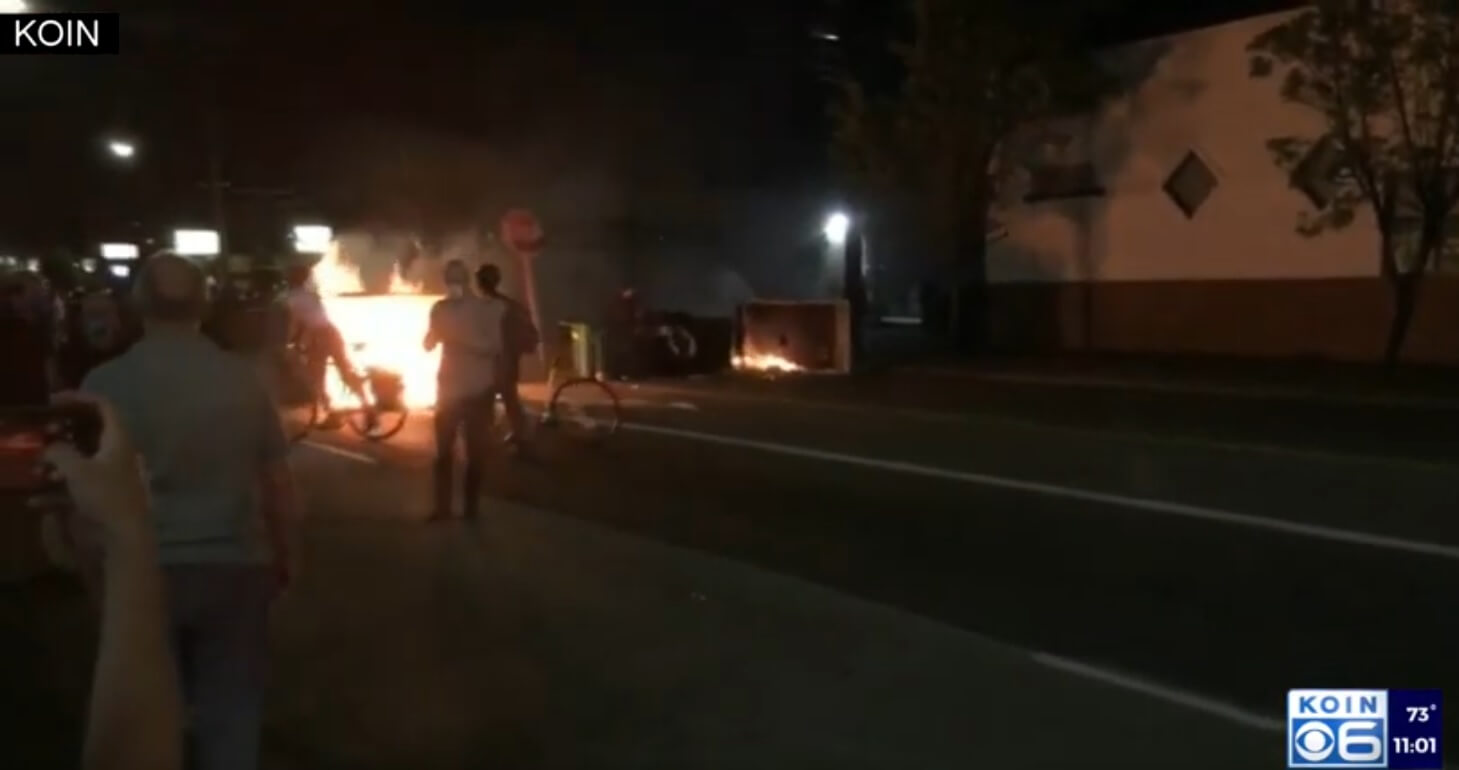 Antifa and anarchist responded to these pleas with more violence.

Late Monday night, stretching well into Tuesday morning, rioters in Portland continued their destructive protests. Portland Police tweeted that people should avoid the area around the Justice Center, as protesters again attempted to breach the barricades and set the building on fire. They succeeded in tearing away the outer plywood shell, and then used hammers and fire extinguishers to break through the glass walls. Many were armed with concrete blocks and other crude weapons.

They broke through the fence, the outer shell, and the glass walls. When rioters were unsuccessful in setting fire to the Justice Center, they proceeded to set street fires. As Portland Police observed the situation, federal law enforcement officers used force to push rioters back from the Justice Center building.

During the chaos, Portland Police tweeted, “Avoid the area around SW 3rd and SW Main. Portland Police is aware that federal law enforcement have deployed CS gas. Hundreds of people are scattering around the adjacent streets. People are throwing projectiles and are armed with clubs hammers and other weapons. Avoid the area”.