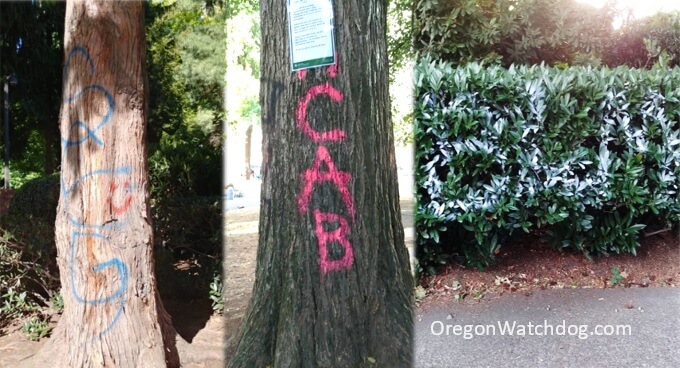 Antifa and anarchist recently vandalized the popular and once-beloved Portland Elk Statue to the point where it had to be removed.

In the same park area for which the Elk Statue was destroyed, you can see more of Antifa’s handiwork as they vandalized the park’s trees and bushes with various political messages including “BLM” (Black Lives Matter) and “ACAB” (All Cops Are Bastards).

After vandalizing animal statues and plants, heaven help us if Antifa now begins to wage war on park animals, baby strollers and bicycles.

Here are a few other random objects vandalized in the same Elk statue park area from the riots showing that nearly every single item near a Portland protest is target for vandalism and destruction (garbage can, parking meter, ATM, traffic sign).