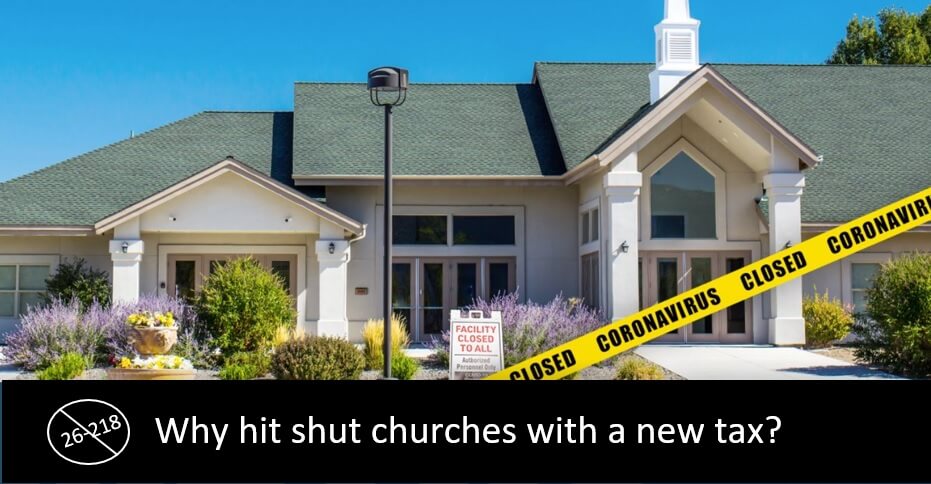 Did you know that Metro has passed $3.6 billion in taxes on businesses, property and income just in the past two years? . Now comes METRO’s wage  tax Measure 26-218 whic is the the highest tax in the region’s history

The measure creates a permanent new $5.2 Billion tax on wages on small businesses.  It also taxes churches and non-profits in the Metro area.   METRO’s wage tax will be hitting churches with a massive tax at a time when they are forced to have their doors shut.    Oregon’s larger churches have been separated for their own congregation while having a strain on their resources helping the poor, needy and vulnerable in out society impacted by the virus and massive job loss.

Also remember, Metro exempted itself and other state and local governments from paying its new tax.

Spread this article article around to alert everyone about the dangers of this new church and charity tax (Measure 26-218).