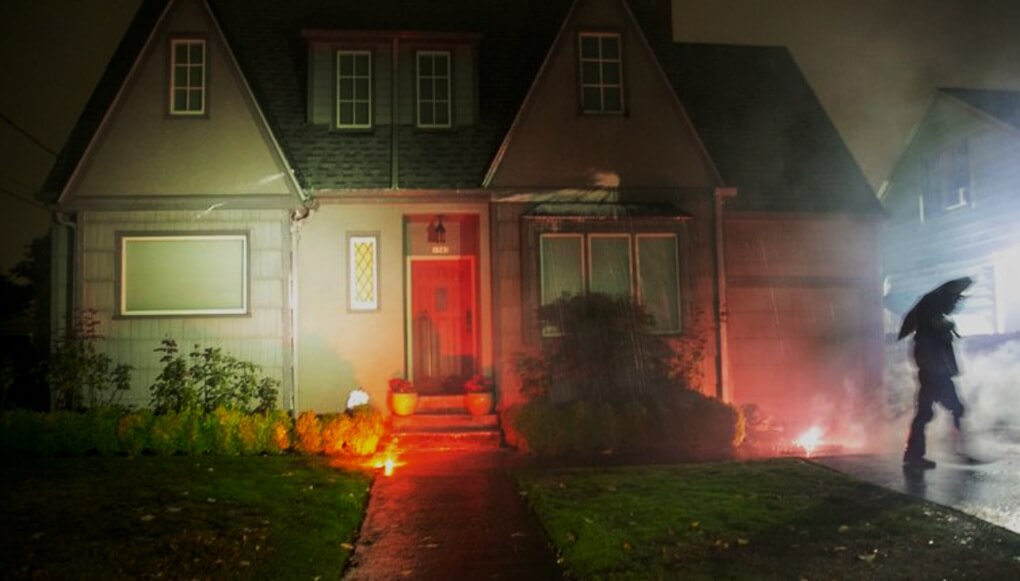 Several events in the past few weeks display a shocking rise in people taking their protest and threats right to people’s homes.

– In Portland, over 60 anarchist protesters damaged the home of City Commissioner Dan Ryan.

– Recently neighbors in Portland upset at the City erecting portable toilets for homeless have threatened City workers who place them. One person pulled a knife.

– Protesters picketed outside the home of an OHSA worker because the person was involved in issuing a fine for a gym that re-opened during the lockdown.

Needless to say, if this continues to rise, then a citizen’s ability to participate in democracy quickly becomes a race to see who can harass and threaten each other the most as a way to get what you want — where does that end?

Targeting the people who carry out the laws instead of who make the laws is twisted as it unjustly punishes the worker who had nothing to do with it and then it lets the person who is responsible off the hook. Under this backwards logic, people who don’t like their speeding ticket could harass the judge by protesting outside their children’s school.  Berating your mailman because he delivered a foreclosure notice?  Upset that Animal Control took 30 starving dogs out of your home so you try to force them to return them by picketing outside the worker’s home?

If a politicians or public servant does something wrong take the protest to their office, not their home.

Right now, progressive politicians are in the position of power in Oregon.  They have largely been silent on this compared to the extreme level of danger that is occurring. Liberals have this strange double standard where they pass laws trying to limit influence in politics by forbidding lobbyist from offering a $55 gift or outlawing $100+ contributions to candidates, all for fear of corruptible influence, but they stand silent when someone throws a fire bomb at an elected official’s house. How is that not influence?   This can be super-sized to include the Portland riots where they are allowed to commit acts of violence and break actual laws and have been protected under free speech.

As a public figure myself I know what it is like to have people take it to your home by calling you at home with threats of violence.  It is ugly and wrong.  I can only imagine how much worse it would be if the public servant being victimized was a single mom or a senior citizen living by themselves which makes them more vulnerable to threats and public pressure.

Activists may think that home targeting is a secret short cut way to get what you want in politics, but instead it is a long way to discrediting your cause.