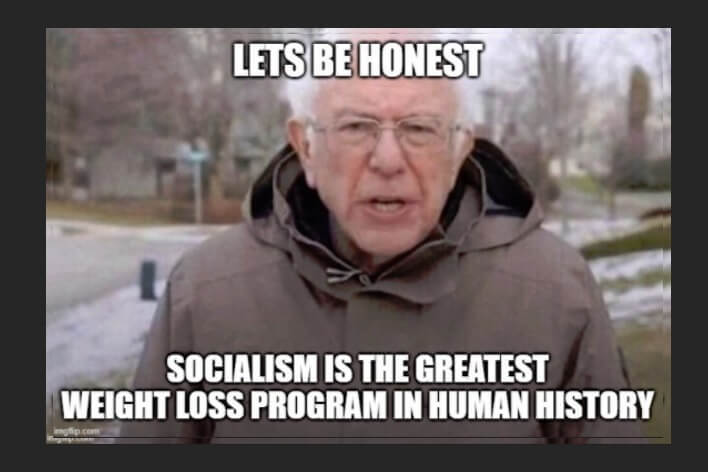 This Bernie Sanders parody of his famous “Let’s be honest…” tag-line is quite true.

The Independent reports, “The economic crisis in Venezuela is so severe that 75 per cent of the country’s population has lost an average of 19 pounds in weight, a new study has found.”

In Cuba there is not enough food to feed both tourists and its own citizens. NY Times reports;

“Tourists are quite literally eating Cuba’s lunch. Thanks in part to the United States embargo, but also to poor planning by the island’s government, goods that Cubans have long relied on are going to well-heeled tourists and the hundreds of private restaurants that cater to them, leading to soaring prices and empty shelves.Without supplies to match the increased appetite, some foods have become so expensive that even basic staples are becoming unaffordable for regular Cubans.”

Some of the world’s greatest examples of government caused famines occurred in government run health care states of China, Vietnam, Russia and Ukraine.