Taxpayers Association volunteers and guest submissions captured some original photographic documentation from the Portland anarchist protesters May Day march.  A crowd of about one hundred anarchists were able to overtake the streets and wreck havoc along the way mostly unimpeded.

They attacked a Vietnamese restaurant (Fresh Roll) and a Spa (Spa Sasse).  Sadly the restaurant is already hurting because they are shut down to indoor dining by Gov. Brown’s order last week.  The spa is hurting because the damage comes during their very critical time of year with their Mother’s Day promotion.

They also vandalized a bus. (ACAB = All Cops Are Bastards). 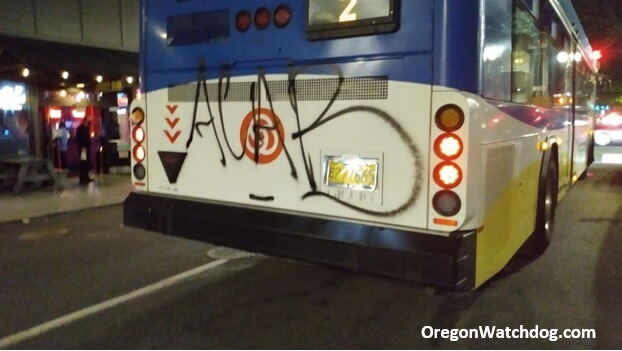 (Left) paint bombs. (Right) A marcher dumped scores of plastic vials before one of the police buildings as a ruse.

…And they took time to attack Portland City Hall.  After all, their recent video (near-death threat) to Portland Mayor Tom Wheeler calls upon the destruction of all mayors nationwide. 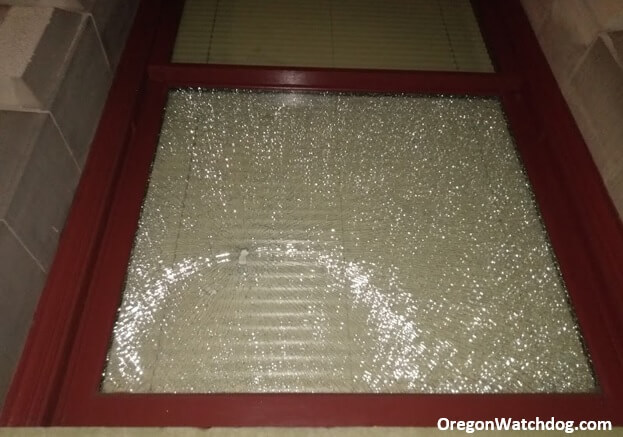 Read our original reporting series on the Portland riots