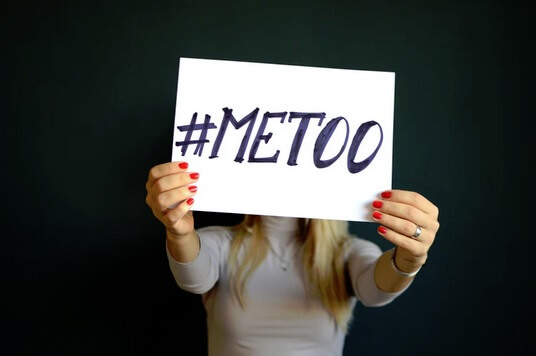 Lars Larson: Welcome back to the program on conspiracy Thursday. I don’t know if you’ve noticed this phenomenon, but every time a republican is accused of sexual misdeeds, usually it’s hammer and tong and get out the lynch rope. On the other hand, when democrats are accused of sexual misdeeds uh, somehow they get wiped away with a clean slate, at least that’s been my impression. I want to talk to a young lady who’s been the subject of sexual solicitation for favors from another lawmaker allegedly and that is Oregon State Representative Vikki Breese-Iverson, who is a republican like me so if you want say I have a dog in the fight, I do. We’re both republicans but I asked you to come on Representative Breese-Iverson because I want people to know what really happened here. Welcome to the program, by the way.

Rep. Iverson: Thank you I’ve been glad to reached out.

Larson: You wanted to get a vote from him on a bill, right?

Rep. Iverson: Correct. I had a little bill I was having a hard time on the floor session for enough votes to get across the floor and I was reaching out to more than one colleague across the aisle asking for votes.

Larson: I understand that sometimes when you’re asking for somebody’s vote they say let’s talk about it. Maybe they have concerns about the bill. He suggested a beer first, right?

Larson: Then he suggested how about a beer and dinner, correct?

Larson: And then he said what if we did something better than a beer and dinner, all of that is what he asked you, right?

Rep. Iverson: All of that would be correct.

Larson: So, he was asking for something better than beer and dinner from a nice young lady who’s serving with him in the legislature. Did you have any doubt in your mind about what he was suggesting?

Rep. Iverson: The way that the text string went was the first two offers were made and I was so mad and unbelievable I took a break to see if I was just thinking incorrectly or misreading. So I paused for a minute and then I decided that I needed to know so I responded with an or what to his last request which his last request was I’m not wedded to beer by any means, could be dinner or dot dot dot dot question mark. So that was where I paused, take a breath, made sure that my mad was out of my head at that moment and just asked him or what question mark. At which point he responded I’ve made two offerings if you want to meet find something better than dinner or beer.

Larson: Now, I don’t know about you, Representative Iverson, but that seems pretty clear to me. I can’t imagine that he’s suggesting, you know, maybe dessert after dinner. I think maybe he’s asking you for sex, isn’t he?

Rep. Iverson: It certainly felt like more than dessert and even if, it’s not okay.

Larson: But not bad in the way that you and I might think he was a bad texter, just a very poor communicator, rather than somebody who makes clumsy attempts to get sex from a colleague.

Rep. Iverson: Yes, but in short order that is exactly what she said.

Larson: And this is a lady who investigated this.

Rep. Iverson: Correct, it was a third party neutral attorney from Portland.

Larson: So a lawyer, and this is what I find so un– are you satisfied with that investigation?

Rep. Iverson: No, I found the investigation to be unbalanced. I did – the way that the process works there is an opportunity that we thought a draft investigation at which point I responded to that draft and I presented her with some additional witnesses that she might talk to and some key points that I disagreed with her initial investigation report and she did revise it. But I still found the balance to be missing when she referred to several– she referred to three women that he had talked to who worked in the capitol for many years and these three women said that they had not had any uncomfortable or inappropriate conduct from Representative Brad Witt. Now I do know that I suggested someone that could show us perhaps a pattern of something similar to what I experienced and that’s not mentioned in that report.

Larson: Did Representative Witt offer any kind of sensible explanation about why he would have that experience with you in that way?

Rep. Iverson: The end of my communication with Representative Witt was that text string and I ended it by saying I’m trying to get a vote count and I have not talked to that individual since.

Larson: But did the investigator talk to him?

Larson: Well, how would you ever determine that? I mean how would she– of course Brad Witt isn’t going to say of course I was trying to get sex from Representative Iverson but he’s not going to say that to an investigator.

Rep. Iverson: Thank you, that’s exactly how I felt.

Larson: Well, what do we do at this point because it sounds to me like the democrats are sweeping the sins of one of their fellow democrats under the rug.

Rep. Iverson: I agree completely and just to add to that if you look back into Representative Witt’s history you might find– you will find that at the beginning of 2019 he was in front of this conduct committee before.

Larson: No doubt, Representative Iverson. Thanks.