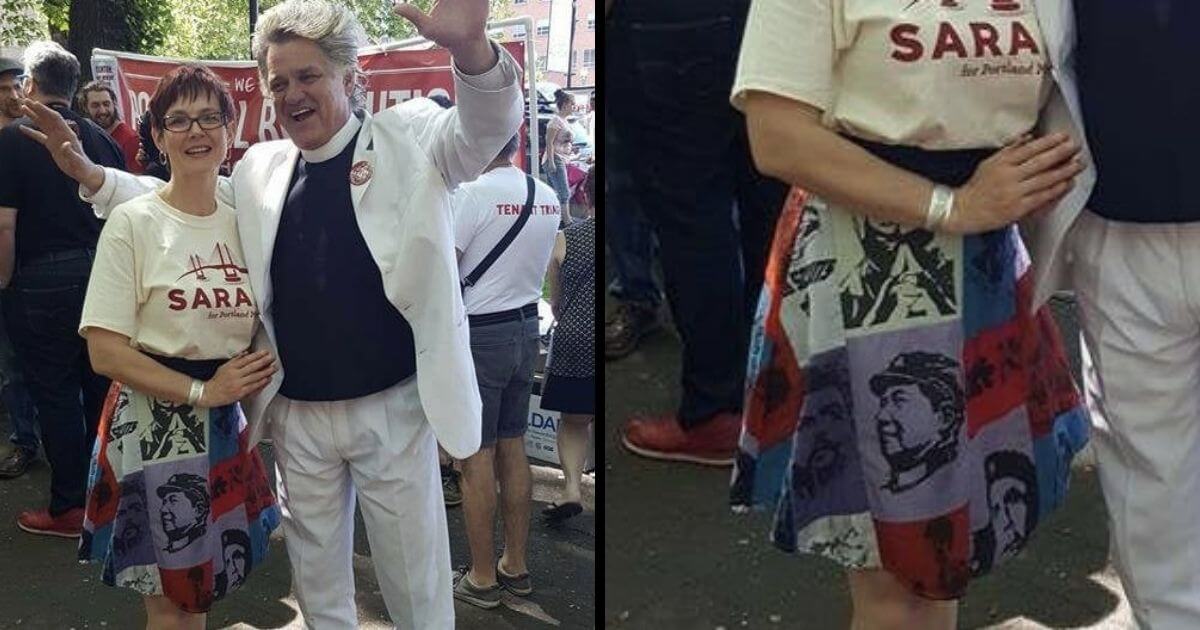 Ted Wheeler is probably not your first choice to be mayor of Oregon’s largest city, but he is likely not your last choice either. Portland Republicans who thought no mayor could be worse than Vera Katz didn’t see an improvement with Tom Potter.

Then there is the gubernatorial analogy where we’ve seen noticeable shifts from moderate to progressive Democrats: “Barbra Roberts is better than Neil Goldschmidt” said no 1990s conservative. And anyone who thought it couldn’t get worse than having John Kitzhaber as Governor and held his successor’s beer was rudely interrupted by reality when the progressive wing of the Oregon Democratic Party returned to power after a twenty-year hiatus. For all of Wheeler’s faults, things could be much worse in the City of Roses had he lost reelection last year to the woman pictured above wearing a skirt featuring communist dictators.

That’s who is behind the recall effort, the campaign of Sarah Iannarone, seeking a second bite at the red apple. The Total Recall committee’s director is Iannarone campaign lawyer Alan Kessler. The committee’s treasurer is Seth Woolley, whom I’ve twice written about for the Oregon Catalyst here and here. They must collect 47,788 signatures in the ninety days after the July 1st filing to remove the only viable moderate that could be elected to that office. If you live in Portland, don’t sign it.